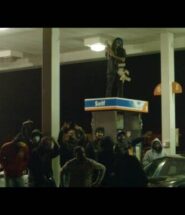 Returning to the scene with a fire new visual for his “Realer & Realer” single, BC ODawg is at the top of his game musically. In this video you will see the VA rapper with a bunch of homies spazzing, and turning up in front of a gas station. The high energy that exudes from this release is reminiscent of ODawg’s highly intensity tap flows. One element that stands out the most in the “Realer & Realer” video is the cartoon like money there falls from the sky.

This Virginia native has a level of good creativity that is worth mentioning. Fans are able to see how he visually approaches music matched with him drawing energy during the pandemic to record. If you enjoy raw rap flows, high energy visuals and superstar like qualities, BC ODawg is the guy for you.