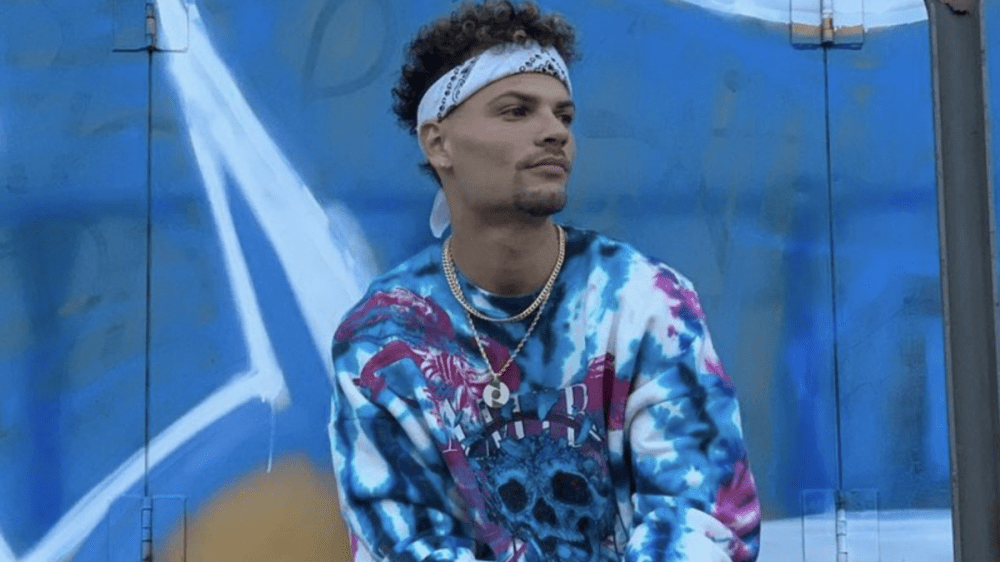 LOS ANGELES, CA – Bay Area rapper Laney Keyz was in for a shock on February 18 when several shots rang off and his Los Angeles residence was riddled with bullet holes.

TMZ obtained security footage of the incident on Tuesday (March 2) involving three potential suspects. The clip shows three men walking up to Keyz’s home and firing off a few rounds before scurrying back from the property. The Los Angeles Police Department (LAPD) discovered shell casings around the house but still hasn’t connected anyone specifically to the shooting.

Sources say Keyz was inside during the shootout but nobody was injured. Since the shooting, he’s reportedly moved out and found a new home while keeping a low profile. No proper motive can be pinpointed so the entire reason behind the shootout remains a mystery.

“I don’t care to be famous at all,” the emerging rapper told SF Weekly earlier this year with the added attention surrounding his name in the city.

The Oakland native teamed up with Lil Keed for “360” in January and collaborated with Lil Yachty in 2020 on “Colorful Shit.”

Watch the footage below.