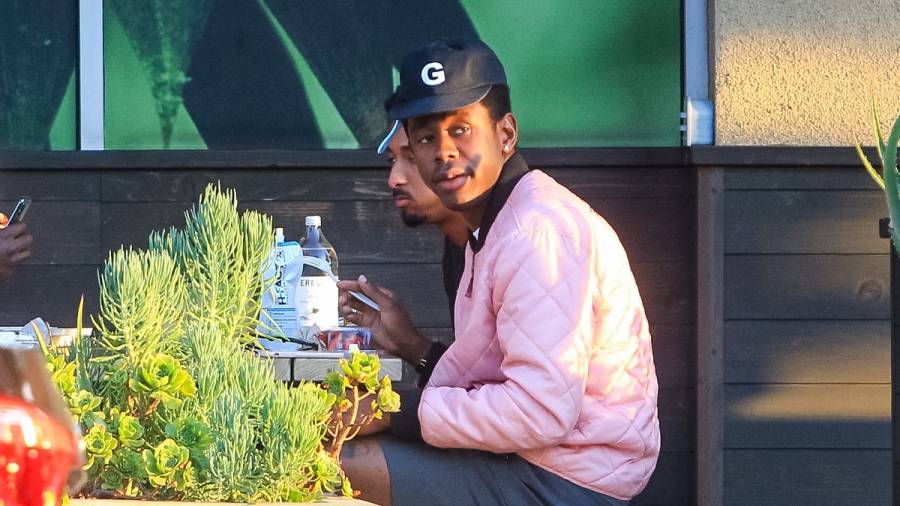 Tyler, The Creator has a ton of personalities and a few of them came out to kick it in his new interview for the Adobe MAX 2020 Creativity Conference.

In the clip released on Wednesday (October 21), the Odd Future creator became different characters to interview himself, one of which was clearly inspired by legendary New York DJ Funk Flex.

“We had Fabolous Street Dreams, Jim Jones everything!” he said in his best New York accent while rocking a bubble coat and a Yankees fitted over a du-rag. “Cam, all that. Pap-fucking-poose! What’s your five favorite albums?”

The answers – coming from regular Tyler – included N.E.R.D.’s In Search of…, Eminem’s Marshall Mathers LP, Pharrell’s In My Mind and Mama’s Gun by Erykah Badu. (He was unable to come up with a fifth.) He also named his favorite films and gave advice to his 18-year-old self in the nearly five minute sit-down.

Tyler, The Creator interviews himself pic.twitter.com/8aj4BTsIJw

Tyler had an interview with the real Funk Flex in 2019, where the known troll had some fun with some questionable bars.

“Free Rakim, free Rakim/I might fly to Sweden to free him,” Tyler rapped on the Hot 97 show. “Braid my wig, A$AP tat on my ribs/Switch with him, then I can fuck all the sweet men that I wanna/Actually, I’m gonna heat it up real quick muthafucka/I’m LeBrona.”

He even made Flex flinch with the line, “Me and Flex looking in the index for buck naked niggas just for some hot butt sex.”

Watch the new interview up top and revisit Tyler’s hilarious Flex freestyle below.