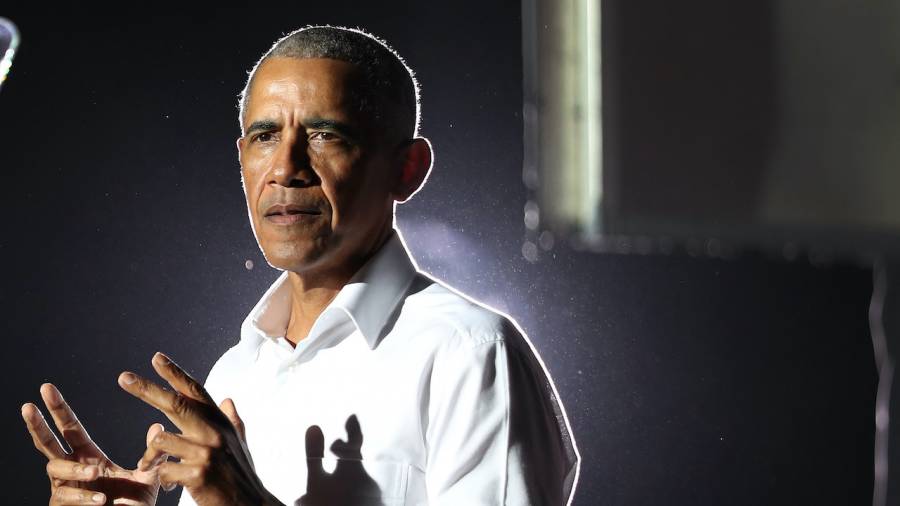 Barack Obama is continuing the tradition of sharing his personal music faves of 2020.

The former President of the United States took to Instagram on Saturday (December 19) and highlighted an eclectic mix of artists in Hip Hop from Megan Thee Stallion to Travis Scott, Lil Baby, J. Cole, Spillage Village and more.

“Here are some of my favorite songs of the year,” Obama wrote. “As usual, I had some valuable consultation from our family music guru, Sasha, to put this together. I hope you find a new song or two to listen to.”

Back in the summer, Obama shared a playlist highlighting the social unrest in the country as well as artists who were performing at the Democratic National Convention. On that playlist, he touted tracks from the likes of Anderson .Paak, Billie Eilish, Rihanna, Bob Marley, Megan Thee Stallion and Outkast.

Comparing both the summer and year-end playlists, the nation’s first Black president made certain to include the ubiquitous “Savage Remix” from Meg and Beyoncé and Cole’s “The Climb” on both. Obama’s love for Hip Hop once more came into focus last week after a viral video showed him reciting Eminem’s 2002 single “Lose Yourself” for a dramatic read. The move was so popular, Em himself co-signed it.