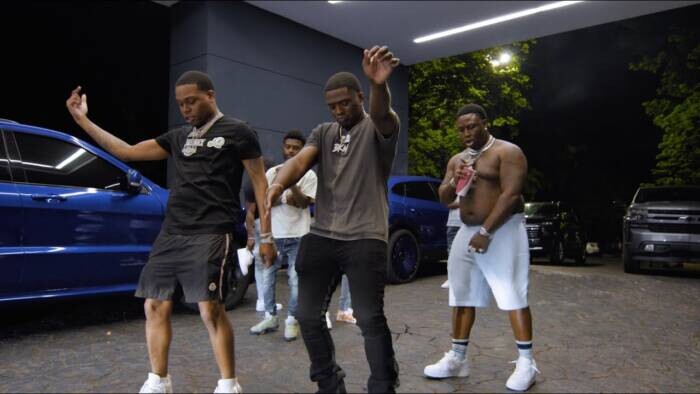 Bankroll Freddie represents the best of what southern rap has to offer—born and raised in Helena, Arkansas, the work he put in honing his talents behind the scenes paid off in a significant way when he was discovered by Quality Control’s Pierre “P” Thomas. Bankroll formally introduced himself to the game and made waves throughout the industry with the hard-hitting track “Drip Like Dis,” calling on his newfound labelmate Lil Baby and Memphis-heavyweight Young Dolph to feature on the track. The single blazed a path for the 2020 release of Bankroll’s debut project, From Trap To Rap, which boasts additional features from Lil Yachty, Moneybagg Yo, and Tay Keith, among others. Never one to take a day off, in May 2020 during the COVID-19 pandemic, Bankroll released “Quarantine Flow,” a rapid-fire track that put his lyrical prowess on showcase. In 2021, he made a significant move by signing to Motown Records (in addition to QC) and released his debut album Big Bank with lead single “Pop It” featuring Megan Thee Stallion and standout tracks featuring Gucci Mane, 2 Chainz, Young Scooter, and PnB Rock. As part of QC’s newest class of rappers, Bankroll Freddie is destined for the spotlight. He continues to take over the streets with his latest mixtape, From Trap To Rap 2, which boasts breakout singles “Patience” featuring Lil Baby and “Pickin’ Sides” featuring Icewear Vezzo.