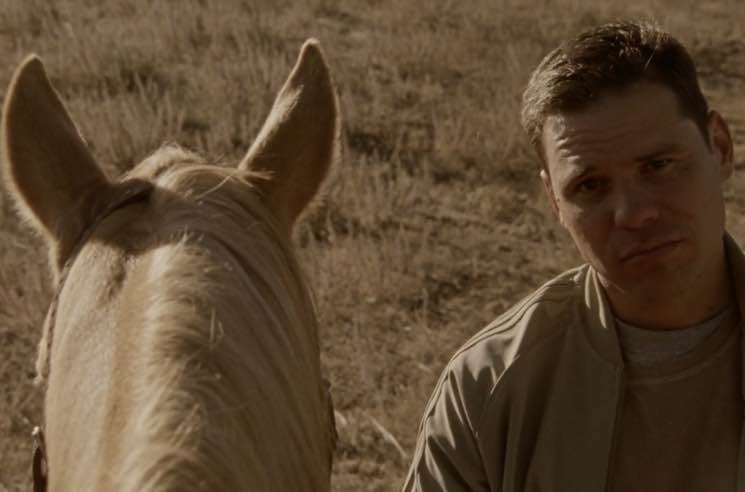 When asked to name their favourite folk rocker, many Canadian music buffs would no doubt choose Bahamas. The Toronto-based singer-songwriter, born Afie Jurvanen, won a Juno Award for his gently strummed 2014 LP Bahamas Is Afie. But despite success, Jurvanen had no desire to further mine that terrain when it came time to record a followup.

"At the risk fending others, a lot modern guitar-based music sounds derivative," Jurvanen says, his mindset while approaching his new album, Earthtones. "I wanted to make a modern record and not a folk record, or something looking toward the past. I really admire hip-hop and R&B artists. When I listen to D'Angelo, he sounds so relevant to me, and when I started writing, I had artists like that in mind."

Bahamas went from having them in mind to having them in the studio. Or more specifically, he recruited James Gadson and Pino Palladino — members D'Angelo's band, the Vanguard, who backed him on 2014's classic, Black Messiah — for a session that helped radically change his sound. Longtime fans shouldn't worry, because Jurvanen retains his trademark husky, yet soothing vocal delivery. But the music otherwise has a funky, soulful quality that's closer to Motown than Bahamas Is Afie.

Bold as that shift may be, and as highly esteemed as Gadson and Palladino are, getting them on board was surprisingly easy. The Vanguard simply sprang to mind when Jurvanen was seeking inspiration, so he asked his manager on a whim to see if anyone from that band was available. And while the pair's resumes are stacked, they are, in the end, session musicians for hire, Jurvanen explains. And he says playing with them was every bit the dream come true he'd hoped for, recalling: "In many cases, I didn't direct them to 'play this or that.' I'd just start playing and their instincts would fall in the right place."

Jurvanen returned from those brief but fruitful sessions rejuvenated, his post-Bahamas Is Afie folk fatigue finally thwarted. His touring band returned during another round recording similarly inspired. Backing singer Felicity Williams, for instance, dabbled in doo-wop on "Opening Act (The Shooby Dooby Song)." And guitarist Christine Bougie soloed in pinpoint jabs on "No Expectations," aligning smoothly with the tune's soulful backing horn section. In fact, her playing was a perfect alternative to the "derivative guitar music" that Jurvanen was so weary .

"The guitar shouldn't be pigeonholed to classic rock. It's an instrument that can do anything— it can make st sounds and hard sounds and conjure up a vast range emotions, the same way a violin or piano can," Jurvanen says. "When I say I wanted to make a modern record, I mean I wanted to pull guitar music in that direction, because popular music is mostly hip-hop and R&B and electronic now. Figuring out a way to make guitar music play well in that neighbourhood is a challenge that's really fun."