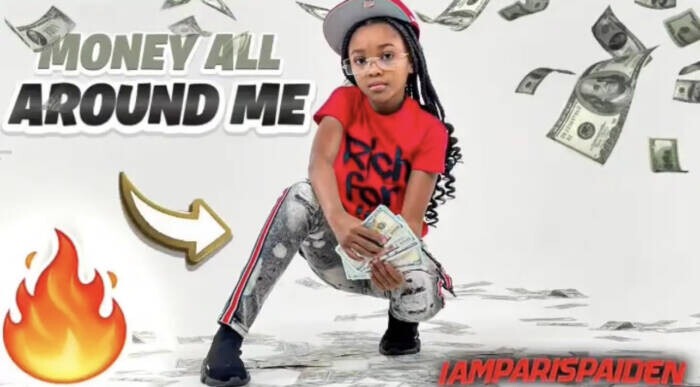 Badkid Paris has always been highly passionate about music and is proving to be a natural with new visuals to the song “Money All Around Me.” The video was released on the first of October and has already amassed over 300k views on YouTube. Her comment section showcases hundreds of positive comments about the song and Paris! Badkid Paris was signed to Funny Mike Entertainment in September of 2020, and she has steadily and continuously been growing her fanbase ever since. Paris is now sitting at over 500k followers on Instagram and over 100k followers on YouTube; she is proving to be the next big thing! She is doing everything it takes to build a loyal and steady fanbase and doing it well.

In March, she had a huge birthday extravaganza with Funny Mike and became a SHEIN ambassador around the same time. The momentum has been growing and building very quickly, leading up to the release of this new song and video. Paris’s parents have always made sure she had everything she needed in life and so much more. They have continuously given her all of the finer things. Anything she could have wanted, her parents and especially her Dad, have made sure she gets it.

The song “Money All Around Me” was a reflection of this. At a point in the video, she turned and looked at her dad outside the Louis Vuitton store and asked if she could have something. He pulls out a stack of hundred-dollar bills and takes out a few to hand to her, but instead, she grabs the entire stack and runs off, Jane Jetson style. The video was equal parts funny and sassy. Anyone can tell that scene by scene was crafted perfectly with one vision in mind. At one point, Paris’s mom and dad pull up in his and hers cars in white and hop out. Her mother with a Mercedes and her dad with a Bentley.

At the end of the video, Paris is seen sitting in the Bentley and putting down a stack of money so she can pull off. One thing is consistent throughout the song, Paris does have money all around her and is proving herself and her abilities with Funny Mike Entertainment. We can’t wait to see what Badgirl Paris has in store for us in the months to come. We are sure to be seeing a lot from her, and we will be watching!

Peep the video after the jump.