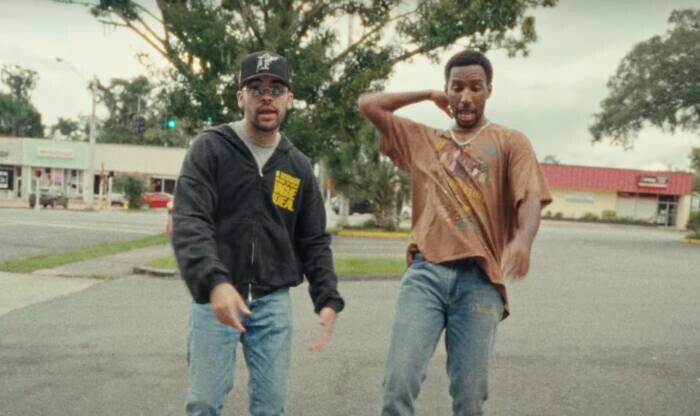 141st Lane Music’s Bachi and fellow rising star Apollo1027 high-speed pull up to the pool party on the 100Graham-produced “Ándale” music video. Directed by Matt Ferland and Rafel Forter, the Flordia boys display their player ways on the visual and track with braggadocious lyrics about the luxury of being with him, so if you get a chance, don’t blow it.

Bachi raps, “Ooo You had a shot but you Blew it / Now I’m wit ya boo getting too lit / Baby girl go an show me how you Do it / I Asked for It now you gotta put me through it.”

And with a Spanish element, Bachi and Apollo created the song’s concept and the rest is history. “The producer hit me with a Spanish guitar layered track and I was in that bag because I’ve been listening to that sound for a while,” says Bachi. “I had to call Apollo1027 after I came up with the hook for some ideas. What he sent was so hard I told him to stay in that zone. We made sure to do the song justice and blend two sounds into one. I personally think we did a great job at it.”

The song has a catchy hook, while Bachi and Apollo trade fun-filled verses about doing the dash to get to the kitty cat. For newfound fans, the sing-a-long track is the perfect origin point as both artists prepare new music coming soon. And before the new music, fans can deep dive into the acts’ respective catalogs to prepare for what’s next.

After the stream, follow Bachi on social media for daily updates and more.

“Ándale” is available wherever you may get your music via RMG Ampily/EMPIRE.