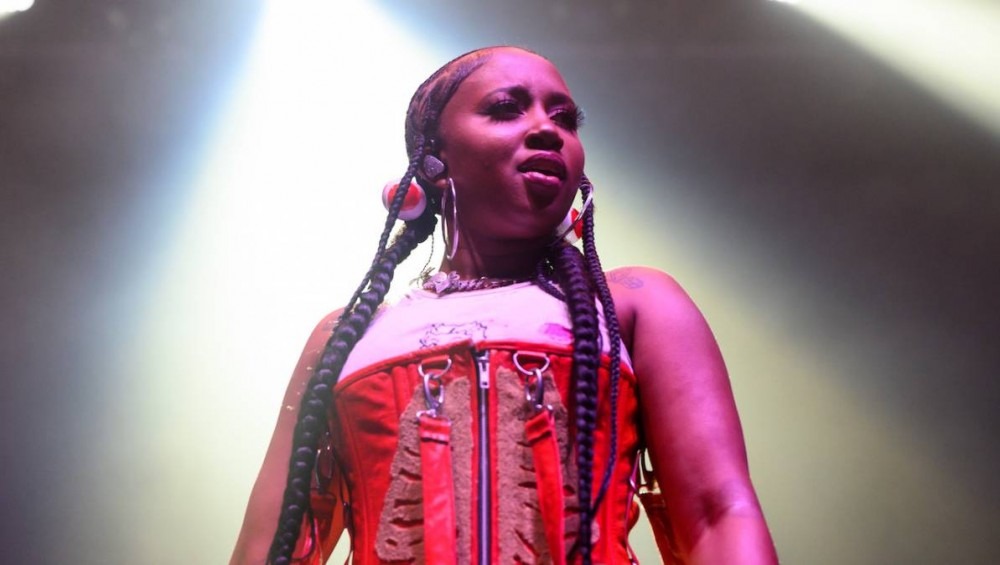 In recognition of International Women’s Day, Baby Tate tells DX how Nicki Minaj and other women have had a major impact on her as a teen and in the early stages of her career. The Queen rapper bestowed a major cosign upon the Atlanta native after her submission to a social media challenge went viral.

“2019, is when I did the ‘Megatron’ Challenge,” Baby Tate said. “And getting that recognition from Nicki Minaj was freaking crazy for me because that’s someone that I’ve looked up to and been inspired by since I was 14 years old. So, that was definitely the biggest moment for me.”

Baby Tate actually recalls that she was in the middle of an appointment with a cosmetologist the moment she found out about Nicki’s approval of her verse for the “Megatron” Challenge — which she reposted on Instagram along with several other entries.

“I had posted my challenge and everybody was hating,” Baby Tate said. “Like, ‘Oh, she not going to repost you; she not going to repost you’. And I was like, ‘Y’all just wait.’ And I as in Little Five Points getting my lashes done. So, my eyes were closed; I was getting my lashes done, and then right when I’m finished, I open up my eyes, check my phone, and my notifications were going crazy.”

She continued, “And I was like, ‘What is going on?’ I open up my phone and it’s like, Nicki Minaj.” “People are just tagging me under Nicki Minaj’s post like, ‘Oh my god, she posted you, she posted you.’ And I was like, ‘Oh my god.’ I was running around Little Five points so excited. So yeah, I was getting my lashes done, opened my eyes and that was the first thing that I saw.”

Along with citing Nicki Minaj as a major source of motivation, Baby Tate explained how her mother, renowned soul musician Dionne Farris, is a foundational support system, in addition to naming Fenty Beauty mogul and multi-platinum vocalist Rihanna as a key source of influence.

“Rihanna is a big one for me,” she said of her feminine inspirations. “I’m extremely appreciative of her support of me. And working with Savage X Fenty, but also, when she DM-ed me. I was literally balling my eyes out, like actually crying in the back of an Uber. Just getting those words of encouragement from her, someone I’ve always seen as such a strong woman and I don’t fricking care attitude, and that’s something that I kind of embody as well. So her, I love that. The first words Rihanna said to me, she said in all caps, ‘YO, FUCK THEM ALL.’ And I was literally crying.”

The heartwarming moment Baby Tate shared with RiRi stems from her October 2021 performance at AfroPunk festival, where she actually earned the recognition of Rihanna. After social media trolls flooded Baby Tate’s timeline with negative remarks about her body image, she was given the opportunity to become an ambassador for the Savage X Fenty brand.

Baby Tate went on to provide details of the exact moment she opened Rihanna’s direct message and how surprisingly supportive her Uber driver was throughout the entire whirlwind event.