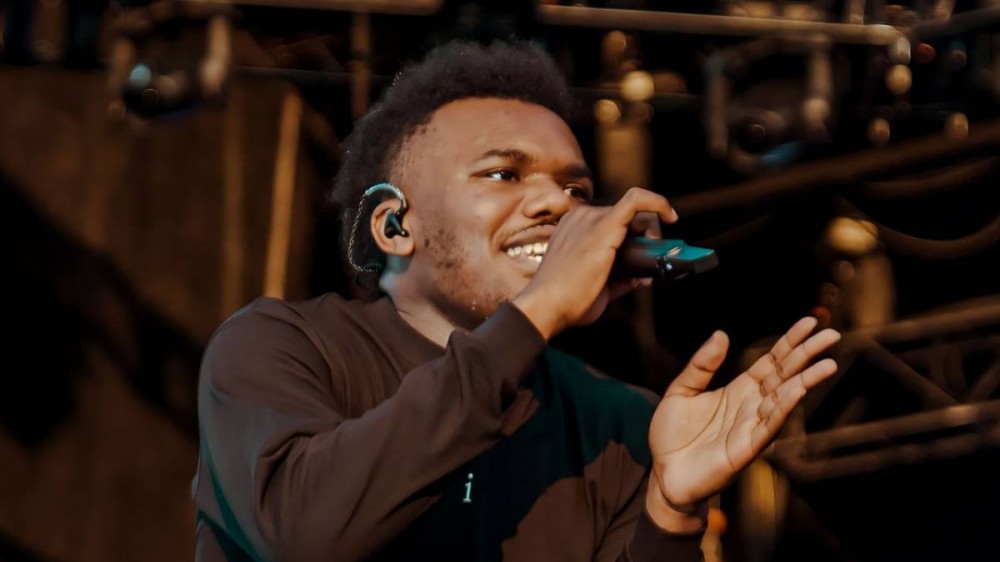 Baby Keem has brought a new meaning to his “two-phone Baby Keem” nickname after recovering a fan’s lost phone at one his shows — and roasting them for it.

TikTok user @cjlove2670 uploaded a video earlier this week that opened with the message: “I lost my phone at a Baby Keem concert and found these on it months later.”

The 74-second clip then captured the Melodic Blue rapper recording a series of videos on the phone grilling her for losing her device at his concert.

“N-gga, why the fuck you throw your phone on the homie’s stage?” he asked into the camera while backstage at a show where Kid Cudi‘s “Pursuit of Happiness” was warming up the crowd. “Now your phone mine. Yeah, n-gga. Now your phone is mine.

Later on, Keem can be seen lying on a bed and trolling the fan some more. “CJ, n-gga, you played, bro … Them n-ggas down there listening to [Chief Keef’s] ‘Faneto’ and you don’t have your phone to experience it, n-gga.”

He added: “I’ma give your shit back, and when you see this bro, don’t ever do this shit again, alright? That was really dumb.”

It’s unclear how Keem returned the phone to the fan, but she refuted his claim that she lost it by throwing it on stage. “And no I did NOT throw my own phone up there,” she wrote in the caption of the video.

Baby Keem is currently on the road alongside his cousin and “Family Ties” collaborator Kendrick Lamar as part of his Big Steppers World Tour. The massive, 65-date trek kicked off in Oklahoma City on July 19 and wrapped up its North American leg in Los Angeles on Thursday night (September 15).

The tour, which comes in support of Kendrick’s latest album Mr. Morale & The Big Steppers, will journey across Europe in October and November, before closing out with a five-show run in Australia and New Zealand in December.

Keem’s performances on the tour have earned him high praise from both K. Dot and LeBron James, with the four-time NBA champion crowning him a “star” after attending the show in Vancouver, British Columbia on August 28. “He got that ‘IT’ factor,” King James tweeted.

The Big Steppers Tour has also allowed the pgLang representative to test out his debut LP, The Melodic Blue, in arenas. Featuring appearances from Kendrick Lamar, Travis Scott, Don Toliver and more, the project debuted at No. 5 on the Billboard 200 last September after earning 53,000 album-equivalent units in its first week.