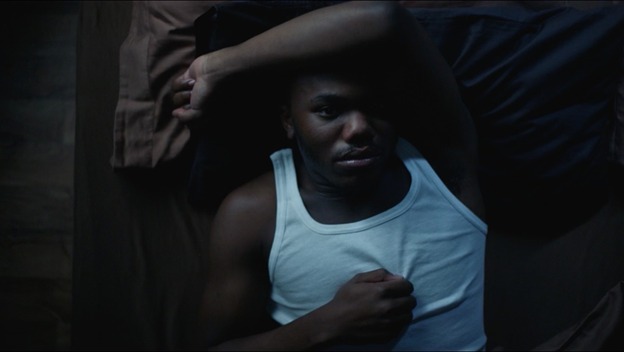 Today, Baby Keem has released a new music video for his latest track “16.” The video, directed by Jonas Lindstroem, is a pictorial anecdote, which lays bare Keem’s feeble and kaleidoscopic love life. The stark production video brings these feelings to life in artful and graphic fashion, standing out as one of the 21-year old, Los Angeles based star’s most confessional statements yet. Watch here.
I’m the only one that know about your tragedy – Baby Keem
“16” is taken from Keem’s The Melodic Blue album, which debuted at #5 on Billboard’s 200 chart. This spring will see Keem – who recently debuted as a featured artist on Ye’s DONDA 2 –  head out on a twenty-eight date North American tour.“16” is released on pgLang, in partnership with Columbia Records.

A visual mission statement titled ‘welcome to pgLang,’ starring Baby Keem, can be seen at www.pg-lang.com.