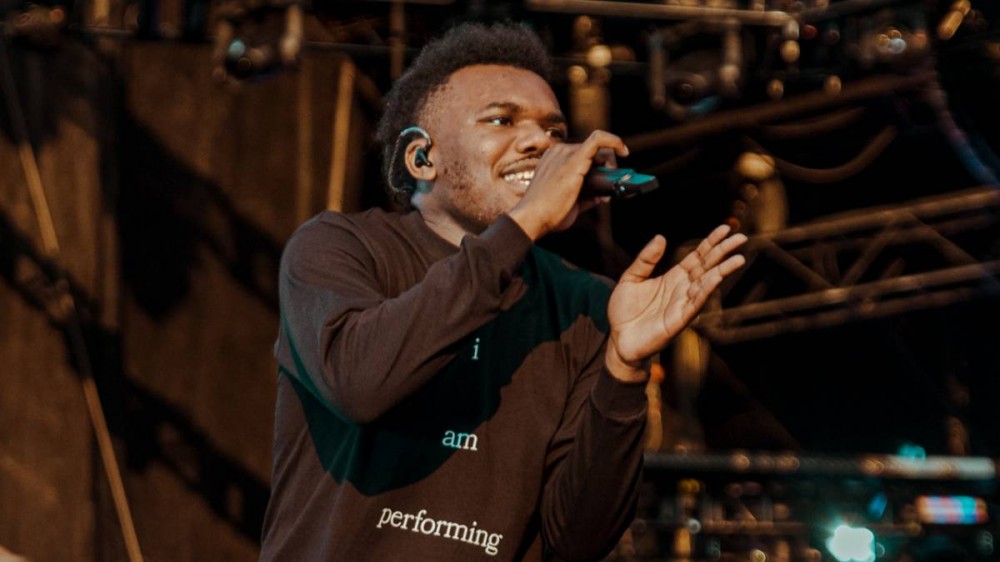 Los Angeles, CA – Hip Hop’s Album of the Year race is about to welcome a new contender later this week.

Following impactful releases from names such as J. Cole, Kanye West, Tyler, The Creator, Nas, Lil Baby and Lil Durk, Isaiah Rashad, Moneybagg Yo, Vince Staples and, most recently, Drake, Baby Keem is ready to throw his hat into the ring with The Melodic Blue.

On Monday (September 6), the rising Carson, California rapper — who’s signed to Kendrick Lamar’s pgLang company and also happens to be K. Dot’s cousin — shared the release date and trailer for his upcoming debut album, which arrives Friday (September 10) via pgLang/Columbia.

The cinematic trailer, directed by pgLang co-founder Dave Free, finds a somber-looking Keem posted up on a multicolored boardwalk with two women while the sun sets in the background. The clip also gives fans a taste of new music, presumably taken from his forthcoming project.

“Flowers on my uncle’s tomb, thousands to my auntie’s too/I’m used to taking backstreets, last week was nothing new,” Keem raps over a sped-up vocal sample. “Bitches is my scapegoat, who I made this tape for?/I’ll tell the story two years later, for now the case closed.”

The Melodic Blue follows Baby Keem’s string of buzzworthy mixtapes including 2018’s The Sound of Bad Habit and 2019’s DIE FOR MY BITCH.

He’s continued to build momentum over the last year with singles such as “Hooligan,” “No Sense,” “Durag Activity” featuring Travis Scott and the Kendrick Lamar-assisted “Family Ties,” on which the Compton MC put the rap game on notice as he preps his own forthcoming album (his last on TDE).

Last month, Keem confirmed that Travis and Kendrick will both appear on The Melodic Blue while claiming it contains his “best production / compositional work.” Revisit Baby Keem and Kendrick Lamar’s “Family Ties” below.