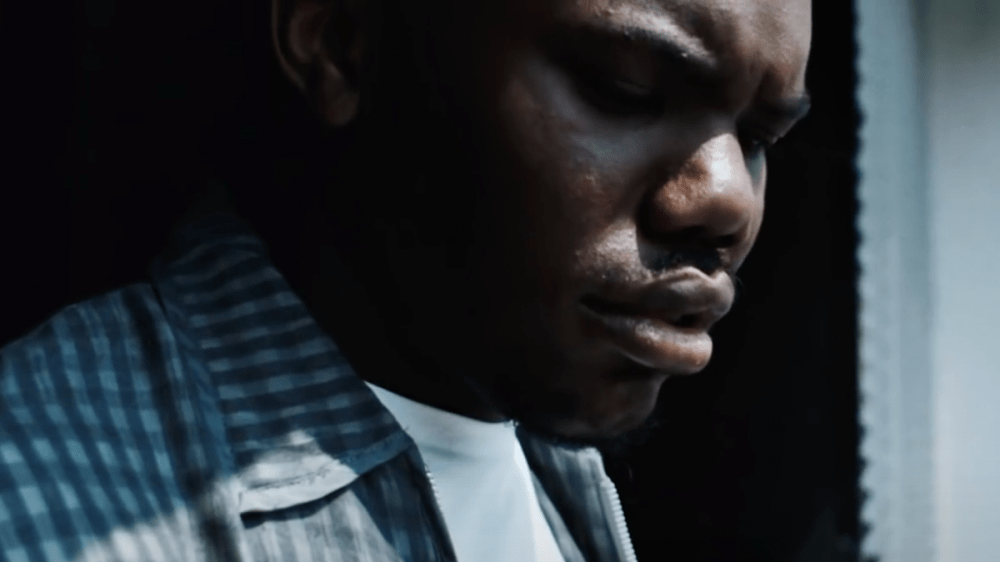 Rising Las Vegas rapper Baby Keem released a video for “no sense” on Wednesday (March 24) after dropping the single on his cousin Kendrick Lamar and former Top Dawg Entertainment president Dave Free’s pgLang company at the top of the month.

Directed by Savannah Setten, the visual finds Keem watching the world go by out of an apartment window while a game of dominoes plays out behind him. Keem then makes a swift exit to his car, but after going around in constant loops in the parking lot, he goes flying off the edge of the building toward the street below.

The song is produced by Keem and Grammy-nominated producer Jahaan Sweet, who has worked with the likes of Drake and Eminem.

In October 2020, Keem and Kendrick had a conversation with i-D Magazine, in which K. Dot revealed his respect for his cousin’s determination despite skipping school.

“Your auntie calling me asking what’s going on?” Kendrick said. “This n-gga missing all types of days from school! Letters were getting sent to the house. I’m like ‘Ah fuck, this n-gga been out here.’ N-gga, I felt some type of accountability! You were talented as hell, but you had to graduate. So it was about finding that middle ground, but that shit worked out.”

He added, “I think that’s one thing that me and Dave Free really respect about you, you’re determined and driven. You remind me of how we used to be.”

Keem dropped two songs “hooligan” and “sons & critics” in 2020. His last project Die for My Bitch arrived in 2019, with the mostly Cardo-produced The Sound of a Bad Habit landing in 2018.

Watch the “no sense” video above.