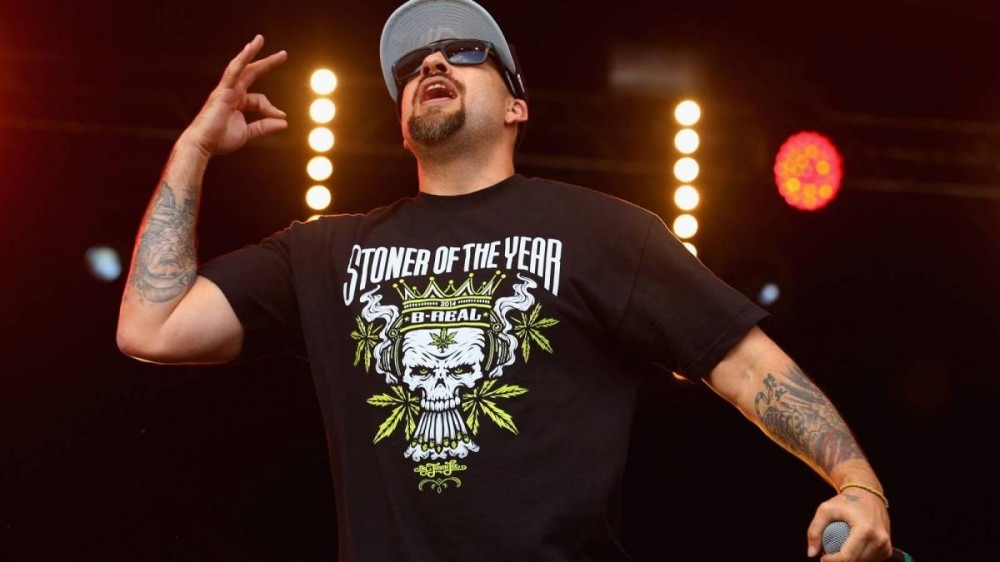 Cypress Hill frontman B-Real has always been a cannabis connoisseur — in fact, his name is practically synonymous with marijuana. As the brains behind the Dr. Greenthumb dispensaries in Los Angeles, the “Hits From The Bong” MC has created a successful weed empire that only seems to get bigger with every passing year. However, there was a time when B-Real was headed down a path of destruction but fortunately for him and countless Cypress Hill fans across the world, he took a sharp left somewhere along the way.

During a recent interview with The Artist & The Athlete podcast, B-Real talked about being a former Latino Bloods member and how he used Hip Hop to avert from a life of crime.

“I chose, I went to it — it didn’t come to me,” he said. “My family has always been in and out of crazy things like this. So it was just something that I gravitated to. It was crazy times. I ran with Bloods and that’s different for someone like me, because someone like me would usually run with with the Mexican gang or something like that some half-Mexican, so it’s a little bit tougher for me being a Latino and a Black gang and Blood gang. It was craziness.

“But truth be told, when I got into the music, they didn’t necessarily make me choose, you know, it’s either this or that. The way I departed from that life was I told my close group of friends within our neighborhood, ‘Hey, this is what I’m going to do.’ And they said, ‘Hey, we got you go ahead and do that shit.’”

B-Real wasn’t necessarily surprised — his fellow Bloods knew where that lifestyle would ultimately take a person.

“They knew they knew where we were headed,” he added. “If we keep along this path, they were smart enough to know that unfortunately, you know, some of those guys that were my great friends and brothers, they’re still alive, and they’re doing other stuff. Now, you know, they’re not involved in the gang life, but they knew that was my way out. And they supported me with that. So you know, I always was grateful for that. Because sometimes, you know, the ties are so deep, the streets don’t let you go.”

As the conversation continued, B-Real admitted he had to be careful when it came to rapping about certain things.

“We might sort of do our music, talk about experiences that we’ve been through, but we would never tell the full story that might get someone twisted up because we realize it would affect another life,” he said. “It’s a matter of just being present enough to know how’s it gonna affect someone else. And it’s just like being a role model in terms of making music, you don’t want to make music that’s going to influence people to go do something horrible. Or think, ‘Oh, maybe you know what, if they got away with it, I could get away with it.’

“That’s something as an artist, when you’re young, you don’t necessarily think of. You’re just doing music and whatever feels right to you whether you’re putting the negative message out there are positive one. But for me, I always thought, ‘OK, I got a way out of here and I’m going to show any way that I can in terms of my writing, there’s potential to live have a different life.”

Like every other stoner around the world, B-Real is celebrating the international weed smoker’s holiday on Tuesday (April 20), but he’s also dropping two new singles in the form of “Mother Mary” with DJ Paul and “Triple OG” featuring Freeway. Produced by Grammy Award winner Scott Storch, both tracks will be included on B-Real’s forthcoming solo album due out this summer.

The music comes with a limited-edition curated cannabis pre-roll available at all of the Dr. Greenthumb stores in California. The Pineapple OZK genetics were meticulously developed between B-Real and famed California cannabis brand Wonderbrett through a year-long pheno hunt, curated for the “Mother Mary” aural experience.

“I wanted to provide my fans with a special experience while listening to my new music and I can’t think of a better way for my fans to experience something very special,” B-Real said in a press release. “We took the time to develop the flower and now, it can be enjoyed with my music as a collaborative effort.”

Check out “Triple OG” above and “Mother Mary” below.