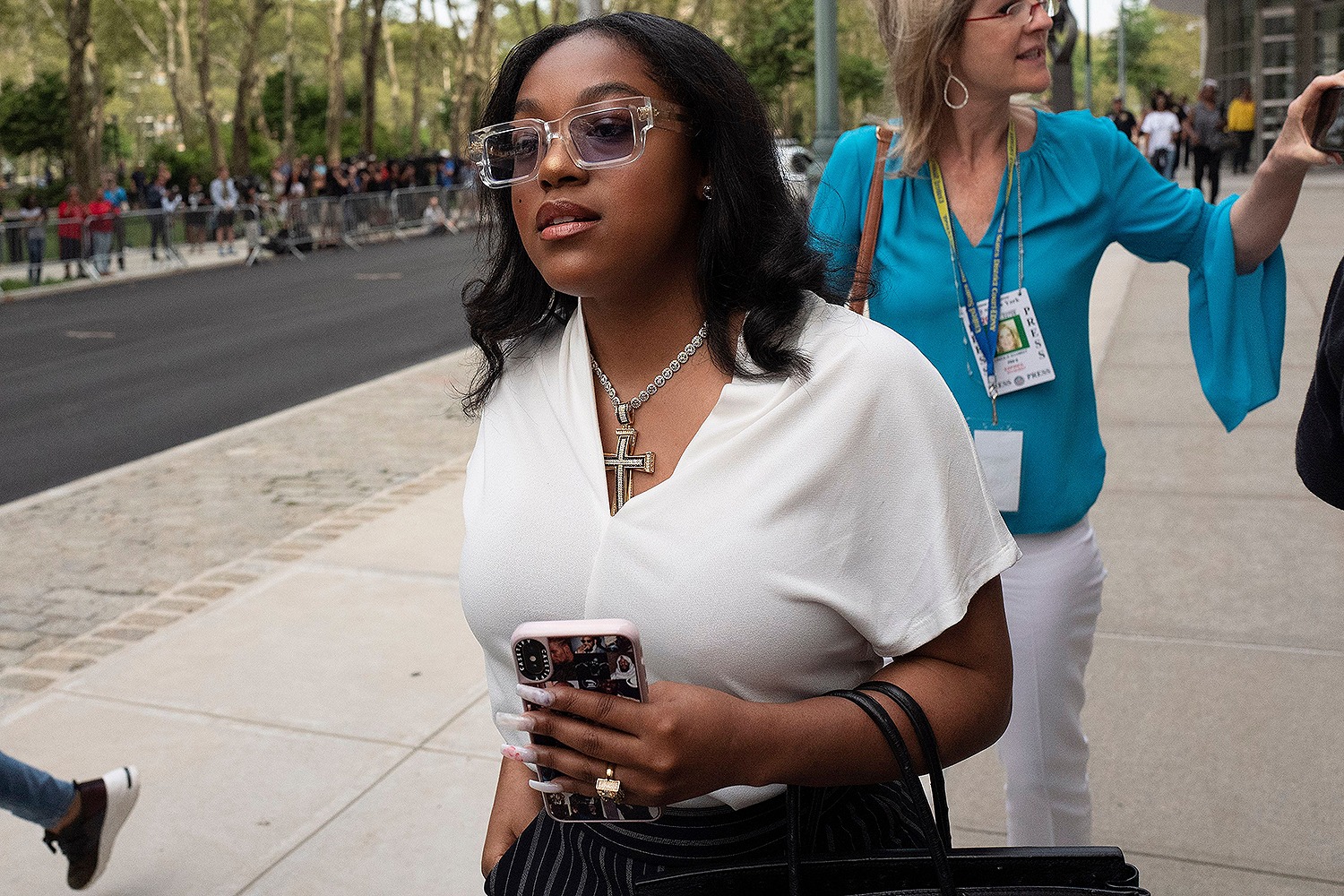 Azriel Clary is set to testify against R. Kelly despite what her family describes as alleged harassment to scare her.

Clary’s father, Angelo, tells TMZ that his daughter made up her own mind to testify. As a result, they are victims of harassment at their jobs and online, including doxxing.

Additionally, Azriel’s car was set on fire a few months ago and a man pled guilty.

Angelo says his daughter is stressed by the harassment but will not back down.

Azriel Clary is known for her appearance on CBS This Morning with Gayle King where she defended the disgraced singer alongside his other live-in girlfriend, Joycelyn Savage.

After an ugly fallout with Savage, Azriel has been cooperating with the Feds to take Kelly down.

The 22-year-old previously admitted that she was “brainwashed” and “manipulated” in an interview with The Sun.

“I definitely do believe that I was very naive and very brainwashed and manipulated by him,” Clary said. “And as much as I hate to say it I’m woman enough and I’m grown enough to admit that yes, I was brainwashed and yes, I was manipulated. And yes, this man did have me wrapped around his finger. If he would have told me to jump, I would have said, ‘how high?’”

She met R. Kelly at one of his concerts while she was still in High School and moved into his home, where she lived for five years.

Now Azriel Clary preparing to testify against him in court next week and her father told TMZ he’s going to stick beside her.