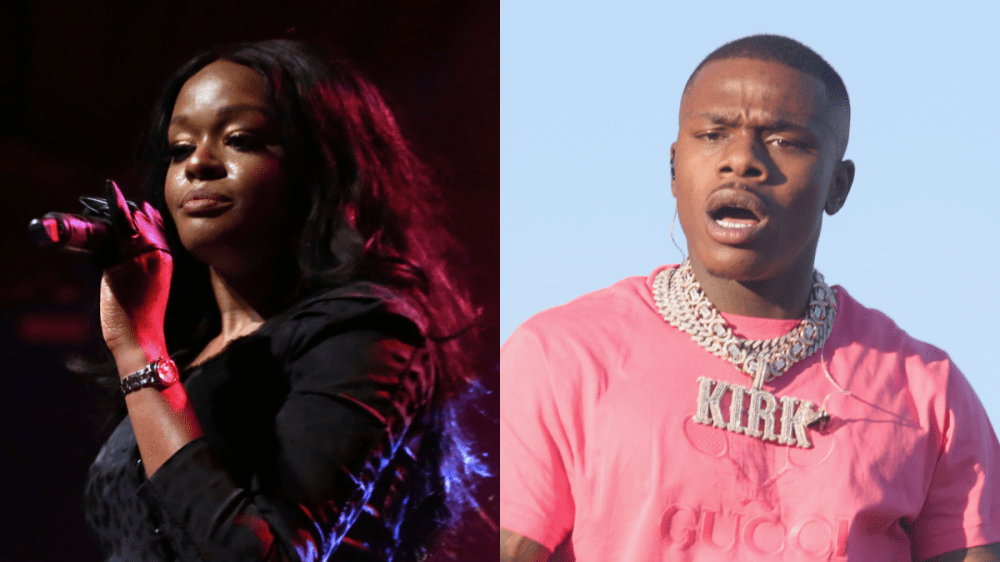 DaBaby has been facing a wave of backlash since making homophobic remarks during his set at Rolling Loud Miami on July 25. He’s been kicked off festival lineups, dropped from endorsements and scolded by his peers, left, right and center.

Despite the North Carolina rapper issuing two apologies — neither of which have been deemed satisfactory enough to mend the situation — the response on social media hasn’t been any more forgiving.

Never one to hold her tongue, Azealia Banks took to Instagram on Wednesday (August 4) to share her thoughts on the controversy surrounding DaBaby — and let’s just say she hasn’t forgotten about previous incidents involving the rapper.

“Y’all should have BEEN canceled dababy when he was caught punching a female fan in the face,” she wrote in an Instagram story. “I’m not believing any of this performative canceling ppl are doing now when everyone was so quick to forget that happened. Apology or not, keep him canceled.”

The punching incident Ms. Banks is referring to occurred at a show in Tampa, Florida last March, when a video emerged showing DaBaby hitting a female fan in the face.

The rapper was walking through the crowd when the fan shoved her phone into his face with the flashlight on. In response, he slapped her in the face.

DaBaby later apologized for his actions and claimed he was unaware the fan was female.

“I do sincerely apologize,” he said after the incident. “I’m very sorry that was a female at the other end of that flashlight on that phone. But, you know, keep in mind — I couldn’t see you ’cause you got the flash this close to me, which is OK. It’s no problem.”

Meanwhile, Billboard reports that DaBaby’s remix of Dua Lipa’s “Levitating” has suffered a drop in radio play since his homophobic comments.

On July 27, 70.2% of the radio stations playing “Levitating” spun the DaBaby remix, which currently sits at No. 5 on the Billboard Hot 100. By August 2, however, just 49.5% of radio stations aired that version, marking over a 20% decrease.

“His comments were just plain wrong, and hurtful,” Jeremy Rice, branding and programming director for WBLI in Long Island, New York, told Billboard. “It wasn’t a difficult decision. We haven’t done a huge press release. We just think it’s the right thing to do.”

Dua Lipa herself has spoken out and denounced her “Levitating” collaborator for his homophobic remarks. “I’m surprised and horrified at DaBaby’s comments,” she wrote on Instagram last week. “I really don’t recognize this as the person I worked with.”