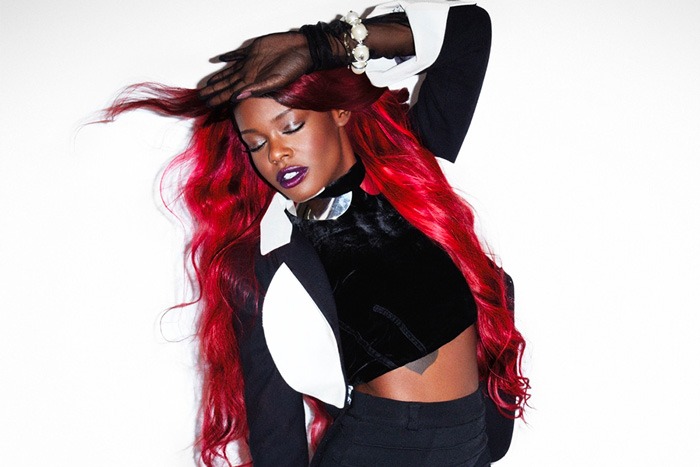 Azealia Banks has fans concerned for her well-being after sharing a series of alarming messages.

The “212” rapper took to Instagram Stories on early Sunday morning to reveal that she is in a dark place and is considering ending her life.

“Yea, I think I’m done here,” she began. “This pandemic, extreme lack of social interaction, no intimacy, combined with constant public ridicule is making life harder than its worth.”

“I think I will end my tenure here on earth soon,” she continued.

She also assured fans that she was not seeking attention or sympathy. “I’m not begging for attention or asking for sympathy/empathy,” she said. “I’m just ready to go. Peacefully of course. I will document my last times and release a film for you all to finally understand me, From my perspective.”

“I’m just ready to go. Peacefully of course […] My soul is tired.” pic.twitter.com/9Qv1AJsMrT

She promised fans that she would finish her unreleased projects including Fantasea II: The Second Wave. “I will try my best to finish the projects I promised I would beforehand,” she added. “With whatever strength is left.”

Banks, who recently shaved her head, asked her followers not to “bombard” her with messages. “I am not in pain. I am at peace,” she said.

In addition to her cryptic text messages, she left a series of concerning audio notes, saying she was looking for “voluntary euthanasia options.” “I’d actually rather die a hero than some bitch that people continue to make fun of,” she said.

After hearing Banks’ suicidal messages, fans took to Twitter to express their concern for her mental health. “I hope someone close to Azealia reaches out to make sure she’s doing okay,” tweeted one worried fan, while another pleaded, “You are loved and cherished. Don’t do anything irrational.”

This worries me so much. I hope someone close to Azealia reaches out to make sure she’s doing okay. She’s such a powerful human being and a lovely artist and I just want to see her thrive and be happy❤️ I wish I could hug her right now. pic.twitter.com/awQspywsZa

azealia banks, you are worth it. you are enough. and you are talented. dont allow this pandemic or lack of social interaction put you in a depressed state. you are loved and cherished. dont do anything irrational. i love you.

i do not like azealia at all, but it makes me extremely sad that it’s obvious that all this shit she’s had thrown at her have made a big impact on this situation. darkskinned black women get hits literally from all sides and it’s so unfair

Azealia Banks ig story got even sadder. She left voice messages saying shes looking for euthanasia options after she releases her last project in a few months. She seems like she already made up her mind “to go” as she said…im praying for her

Azealia Banks you are loved!!!!!!!!!! You are one of the most innovative and original rappers to date, never doubt your impact on this earth ❤️❤️❤️❤️