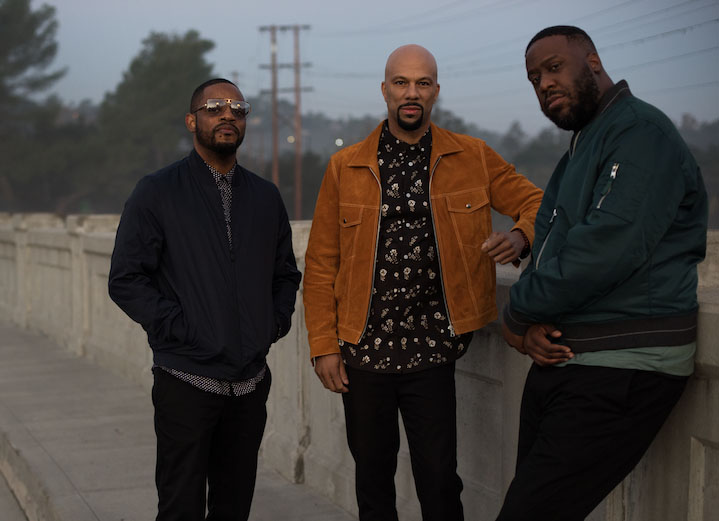 You can never have too much a good thing. Following the success their Emmy Award-winning collaboration “Letter to the Free” — a contribution to Ava DuVernay’s documentary 13th — Common, Karriem Riggins and Robert Glasper have joined forces to record August Greene, their debut as a supergroup the same name.

Falling in line with their lead single, a cover the Sounds Blackness classic “Optimistic,” August Greene‘s soundscape is warm and soulful; Riggins and Glasper provide a stirring backdrop for Common’s uplifting poetry. It’s more than just music to groove to, though. Much like “Letter to the Free,” a blunt examination mass incarceration in America, the group’s album is a call-to-action.

“We definitely hope to inspire change,” Glasper says. “‘Letter to the Free’ is a brutally honest song about such an important subject, and to be recognized with an Emmy] for something like that, I think it means that people are waking up. And it’s really great.”

Motivation and optimism are the album’s main themes. “Black Kennedy,” a smooth, pensive song that plays like a lazy Sunday afternoon, is an aspirational number about black excellence. “Practice” is urgent and introspective, a call for honest self-examination and self-improvement. “The resounding message is motivation and hope,” says Glasper. “It gives you the feeling that change is possible, but you can’t acquire excellence without doing the correct things to get there. It’s motivation to get out there and change.”

As a group, Glasper says August Greene hope to do more than deliver platitudes. So far, they’ve used their platform to highlight issues, causes and communities that they care about, subtly blending art and activism. The video for “Optimistic,” for instance, was shot in Jackson, Mississippi and celebrates local activists by putting their stories — and their faces — in the spotlight. The theme their recent Tiny Desk Concert at NPR Music was Foregrounding Women, and they invited Brandy, Andra Day and Maimouna Youssef (aka Mumu Fresh) to share the stage. It’s one thing to quote a civil rights leader or don a Time’s Up pin, but quite another to bring marginalized voices to the fore to speak for themselves. Glasper says acting more than speaking is a value his August Greene mates share.

“I took a page out Common’s book. He’s going to prisons, going to schools, going to the rallies — he’s really about trying to actually do something versus just saying it. Trying to break walls down through music has] always been in my heart and Karriem’s heart. You will hear that on August Greene for sure.”