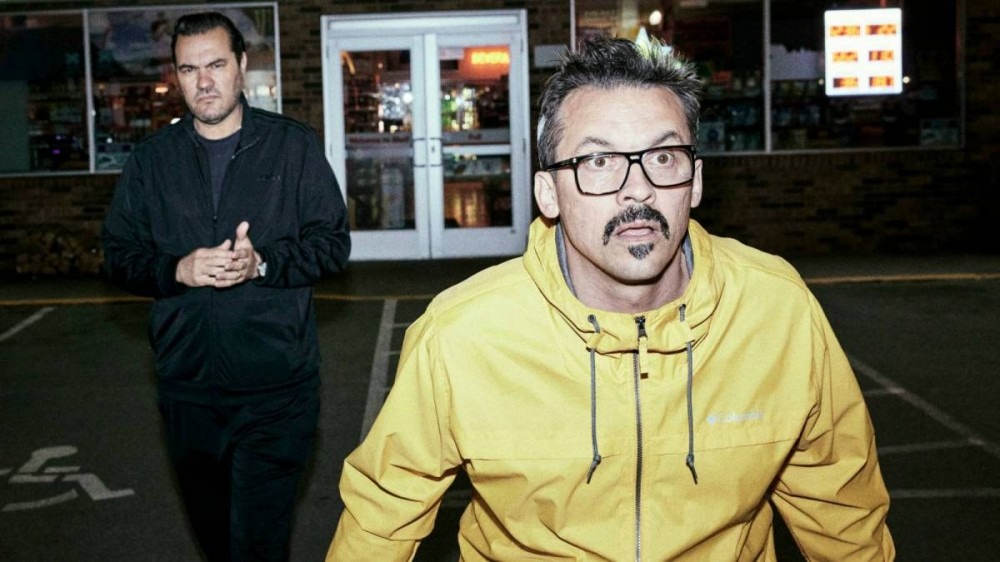 Designed by Rhymesayers with the help of Chris “Devi” Gliebe (the original designer of the popular “Hardcore” logo), the collection boasts hoodies, hats, t-shirts, beanies, skateboards, vinyl, socks and fanny packs. As for the MC behind the 18-track album, he’s simply grateful people are still rocking with it two decades after its release.

“When you are young to making art for public consumption, you don’t know enough to consider that 20 years later people may still be checking for and listening to that old ass piece of art,” Slug tells HipHopDX. “Thank God”

Atmosphere has released multiple albums since God Loves Ugly arrived, including their latest WORD?, which arrived in 2021. The 14-track effort featured some of the usual key players — Musab, Evidence, Sa-Roc and Aesop Rock — but also a verse from the late MF DOOM, who was signed to Rhymesayers Entertainment in the early 2000s.

Speaking to DX backstage at Red Rocks Amphitheater last October, Slug talked about DOOM, his undeniable impact and how he wound up with likely the last verse DOOM ever recorded.

“That was really intense for me,” Slug says of DOOM’s passing. “And by no means were me and him super close friends, but whenever we saw each other, it was on. We had a real good connection, so we were friends, but we didn’t check in and say happy birthday and shit like that. Him and [RSE co-founder] Siddiq were really close. And me and Siddiq are really close, so we also shared that bond in that the two of us both had a really, really good friend who was the same person.”

He continued, “When he died, it hit me — because it was just a hard year in general — and so for that news … I didn’t even know until New Year’s Eve when the public announcement came out. I was doing the math, because he gave me that verse and was like, ‘I’m good. I like it.’ And that was in October.

“He was one of the last people to give me a part for the album. And so when he gave it to me and then when I did the math and they said that he died on Halloween, I was just like, ‘Yo he gave me this verse right before he died.’”

God Loves Ugly initially debuted at No. 1 on the Billboard Heatseekers Chart, selling over 30,000 copies upon its release. The group went on to celebrate the record with a series of seven sold-out release parties in five major cities. It paved the way for the God Loves Ugly Tour, which saw them perform 64 shows over the course of 71 days throughout North America.

Atmosphere is hitting the road this summer, rocking the stage at Summerfest in Milwaukee on June 25, leading into their co-headline Sunshine & Summer Nights Tour with Iration. The tour kicks off on July 8 in Las Vegas and rolls through major markets coast-to-coast. It wraps up on August 26 in Irvine, California at FivePoint Amphitheatre. Support includes The Grouch and DJ Fresh. Atmosphere ends the run with a headlining set at Red Rocks Amphitheatre in Morrison Colorado on August 28 with The Far Side (formerly of The Pharcyde) and more.

For tickets and tour information, head here and check out a full list of dates below.