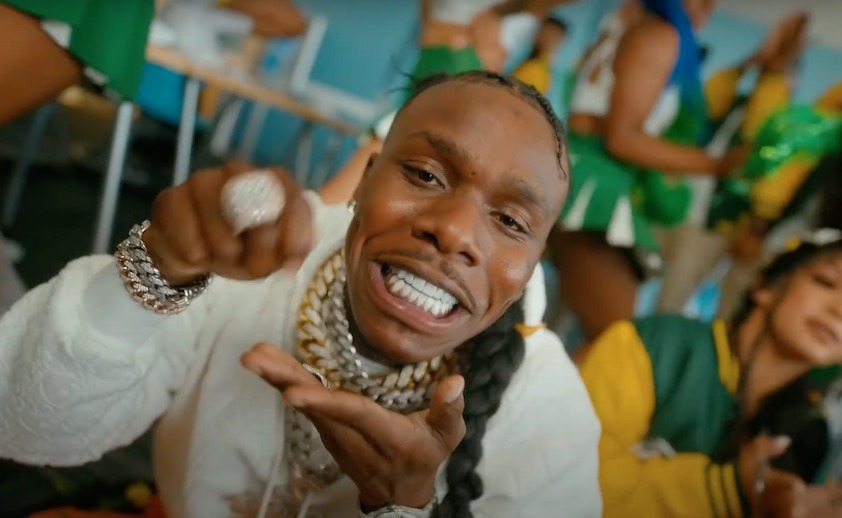 While the album received some mixed reviews, a member of Lil Durk’s camp, Memo 600, commented on the rap duo on Instagram. “CANT BLAME DA BABY HE THOUGHT THAT MAN WAS [GONE] SAVE HIS CAREER,” he wrote.

DJ Akademiks has no problem stirring up the pot. Akademiks responded to the controversy to defend the North Carolina rapper.

“Pray for Memo600.. he learning the same lesson many learned before.. Da Baby don’t give af bout nothing. He ain’t about to pick no sides and he ain’t gonna be pressured or forced to. N he standing on it,” he penned.

“Fans who choose a side are weird too.. man Durk and YB are both in my top 5 rappers. I ain’t gangsta lol I’d laugh at either or if they expected me to pick sides,” he continued. “Both are two talented black men. Hope they resolve their issues amicably or ignore each other. It’s music… Reason why I said Da Baby ain’t picking a side.. he ain’t making cuz he did a collab album with YB mean that he gotta disrespect VON and he ain’t making that he respect Von n communicate Durk mean he can’t work with YB.”

This comes after DaBaby directly responded to Memo600’s comments with a penned message on Instagram. “I played it cool cuz yall n*ggas wanna make it bout yall Patna & ion speak on the dead cuz in onnat frfr! every day I wake up ready to teach me a n*gga like you,” the rapper wrote with a kissy face emoji.

“So Long Live em, @kingvonfromdao GOT my respect, he stood on business no excuses, it was just another n*gga there ready to stand on business too,” he continued.

Akademiks continued to defend the rapper after comparing the situation to Meg Thee Stallion and Tory Lanez’s, where DaBaby would receive a lot of backlash for bringing out Tory Lanez during a previous set at Rolling Loud.

“Da Baby told Meg he wasn’t finna pick sides between her and Tory and basically saying the same that he ain’t picking sides between Durk and YB,” Akademiks added. “I can respect that. That N*gga bout his MONEY.. he ain’t sign up to be no warrior in a gang.. that N*gga would do a album w Durk or YB.”

Hopefully, all parties involved can find an amicable solution to the building animosity. Have You heard DaBaby and NBA YoungBoy’s latest album? Check out the tracklist below.