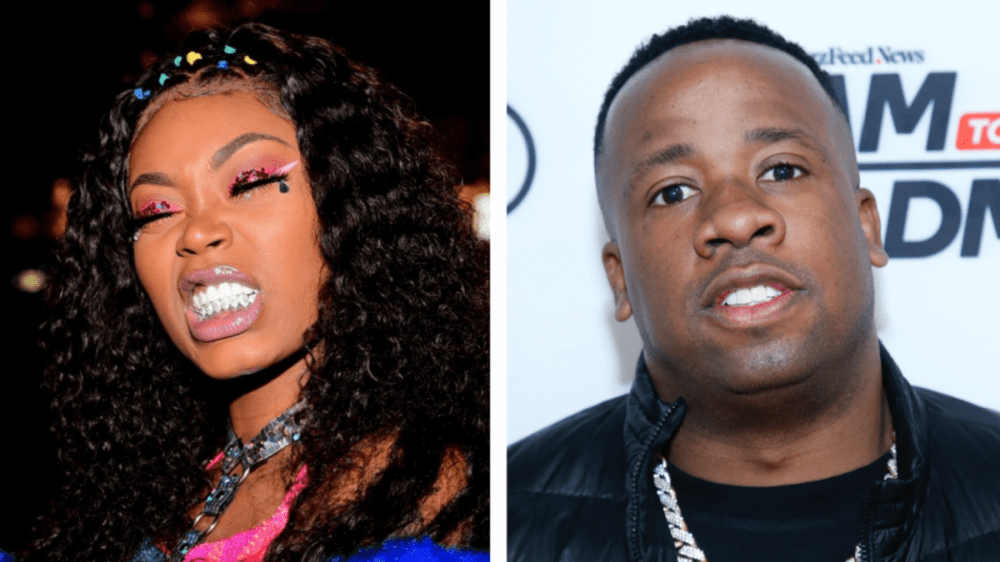 Asian Doll is a completely independent artist as it stands, but she’d be willing to give up that total freedom to sign with one label only. On Monday (March 8), the Dallas-bred rapper took to Twitter to reveal she’s interested in inking a record deal with Yo Gotti’s Collective Music Group imprint.

“I can see me signing to Yo Gotti,” she wrote, followed by a 100 emoji. “Only deal I’ll sign is a Yo Gotti deal. Other then that I’m independent.”

The two tweets ended up getting deleted, so it’s unclear if she had a quick change of heart.

Collective Music Group — better known as CMG — is home to artists such as Moneybagg Yo, Blac Youngsta, 42 Dugg, EST Gee and Big Boogie. Gotti also releases his own music through the label, which has a partnership with Epic Records.

Asian Doll was previously signed to Gucci Mane’s 1017 Records but decided to leave the label in January 2020.

“I ASKED GUCCI MANE TO RELEASE ME FROM 1017 A COUPLE DAYS AGO & HE SAID ‘OKAY,’” she wrote on Instagram at the time. “thank you alamo records/Eskimo Records for the opportunity but I’m NO LONGER IN MY DEAL. I AM OFFICIALLY AN INDEPENDENT ARTIST. I’ve wanted this for a while but I’m a super loyal person & I knew God had something planned for me. Once I felt it completely in my heart that I had to move on from my team is when I asked to be removed & everything went smoothly.”

Her time at 1017 didn’t come without some troubles along the way. In May 2019, she tweeted, “I wish I wasn’t signed I wish I was still INDEPENDENT doing my own thing,” then explained more to the Dallas Observer.

“I miss the excitement, the fun, the hunger, the creativity,” she revealed. “I feel like everything is too planned, too organized.”

Asian Doll has had a love-hate relationship with labels over the years, going from independency to wanting to be signed in the blink of an eye. In an October 2018 interview with Billboard, she explained why she originally signed to Gucci’s label.

“I definitely had opportunities to sign with other labels, but Gucci and them, I just felt it,” she said at the time. “I really had the gut feeling and I felt it in my heart. It was the first time I didn’t feel like I had to go to a different route and my whole body was just in agreement. This is the first time I didn’t care what anybody said and I just did what was best for me.”