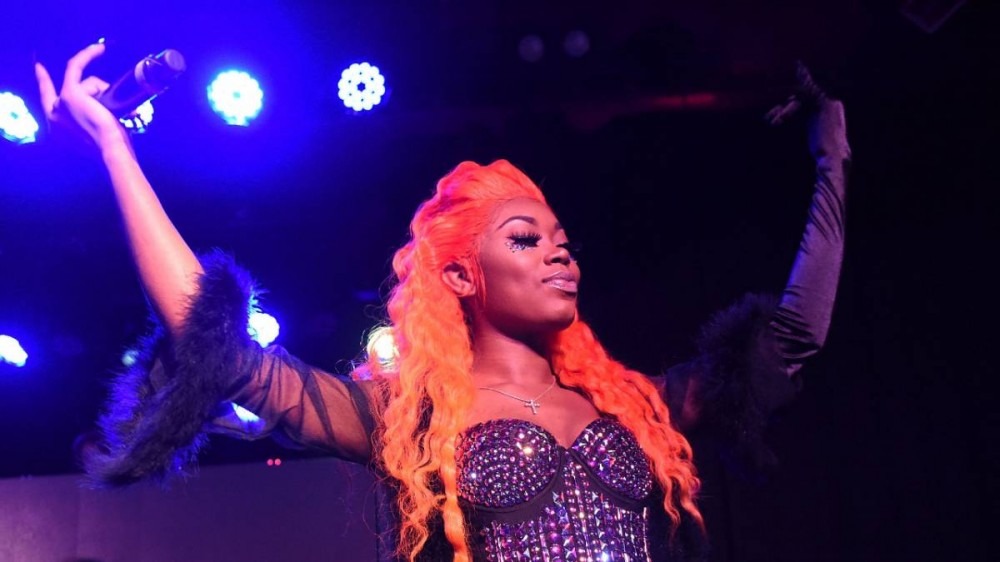 Asian Doll already has four tattoos dedicated to her slain love King Von, but that’s not stopping her from adding even more.

“I got Von tatted 4 times today I’m finna make it 5,” she wrote in a Twitter post on Tuesday (March 16). “Cause y’all ain’t nevaaaaa just take my boy like that. Both times Von went to jail the 1st thing he get on the phone and say is “Dam Ma I’m Sorry… but shid you know what to do go tat my name.”

Since Von’s death in November, his on-again/off-again girlfriend has paid homage in numerous ways including getting an $85,000 chain in his likeness. Shortly after the jewelry purchase, Von’s sister Kayla sent out a not-so-subliminal tweet stating that her brother was single and not attached to anyone at the time of his passing – which was clearly a jab at how hard Asian has been going.

“Von wasn’t in a relationship wit nobody before he died!” Kayla wrote. “Wasn’t getting back wit nobody he was living his best life fuckin’ wit who Eva he wanted 2.”

Last month, rumors circulated that Asian Doll had moved on with “Corvette Corvette” rapper Pop Hunna after they were spotted together in Von’s hometown of Chicago, but she denied there was any truth to them,

“Me & popp Hunna friends so get off my dick & even if I was to date someone that’s my business tf,” she tweeted. “Ima do whatever I want around this bitch fasho tho & I ain’t walking around on no egg shells either just speak facts when you speak on me. If y’all hate y’all friends just sayyyyy that! cause the ones I love I embrace & it got nun to do with sexuality weirdos.”