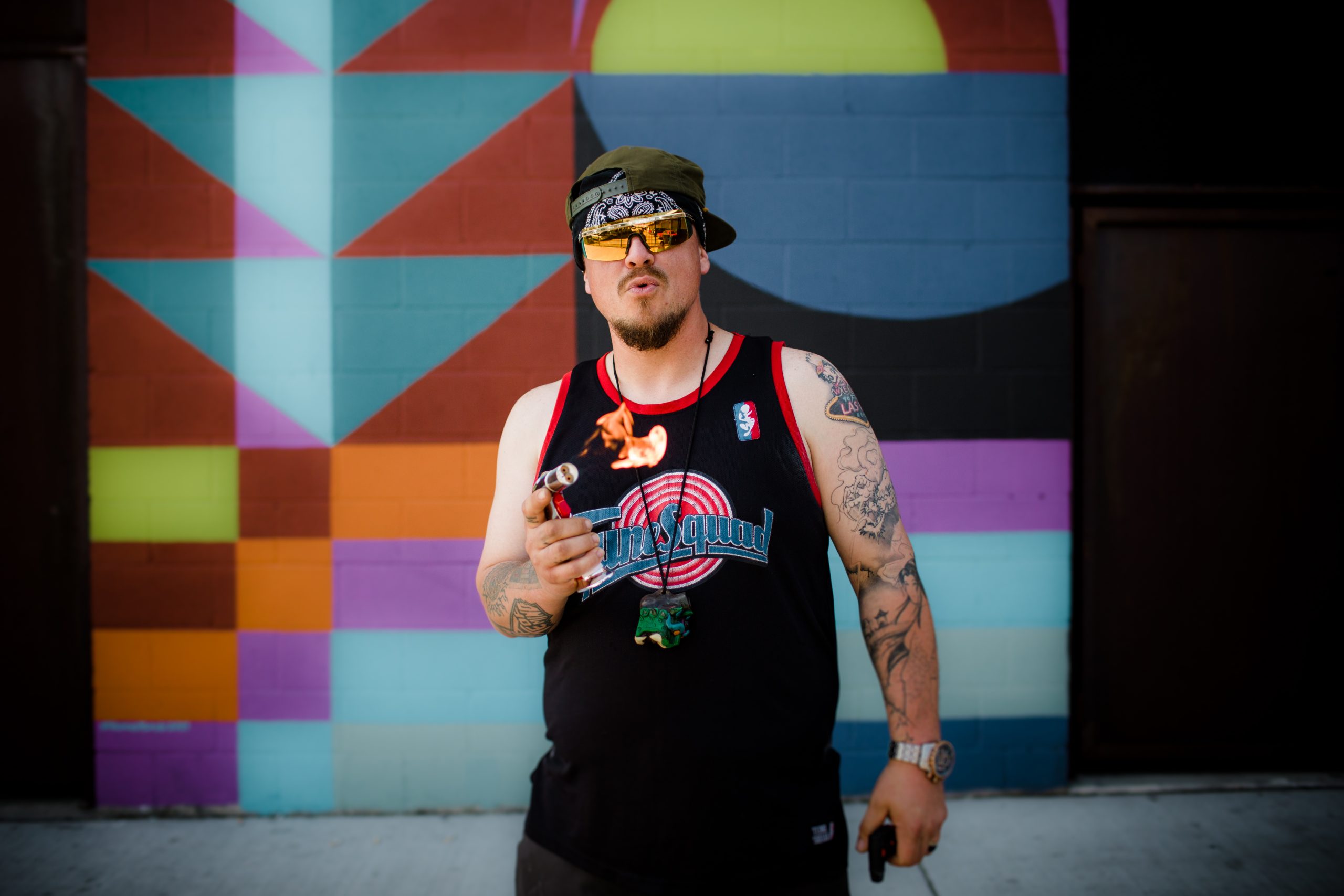 Chief Moquiuix is the voice behind plenty of hit tracks. From “Irrational,” to “Buenoz Diaz,” “Radicalism,” and “Vagos, the artist is making a name for himself in the industry.

Chat with us as we ask Chief Moquiuix some questions.

Thank you for your interest in my work! Happy I could connect with you.

Tell us what “Irrational” is about?

Great question off the bat. I never really thought about that. I try to leave the real message in my music up to the listener. So If I was to hear “irrational” for the first time..  Based on lyrical content, “irrational” is about the heart’s nature of, at times, wanting something that isn’t really what it seems to be. Or maybe something doesn’t turn out to be what the heart was expecting. They say “love is blind” I believe a broken heart is also blind. Falling in love and having your heart broken can have similar effects to our logical thinking. At first, the irrationality can be that sense of euphoria that we get when things are brand new. On the flip side, in time, something may happen to bring a moment of clarity. When you realize that your irrationality led you astray. Again the heart feels irrational by attempting to forget or erase all the good times back when they were brand new.

How do you come with new track ideas?

To be totally honest with you, sometimes, I don’t even know myself! I don’t really follow a pattern so to speak, I just go with the flow most of the time.

For instance, with “irrational”, I started with the beat. Like I always do.

I had a cousin a few years older than me that played the guitar like a genuine rockabilly mixed with Jimi Hendrix. He passed away at 29 y.o. in a Harley wreck, ‘bout 6 years ago.  Before he passed, he showed me a few things on my synth to create a resemblance to his mod’d guitar. He always felt I had an act for creating a vibe lyrically.

When I played that guitar riff on my synth that night, I could feel that I had his blessings.

Added a baseline, some keys, rolling hi-hats, & a subby/punchy kick blend and I was like ok.. this beat is smahin’ properly!

For that song particularly, I had a little bit of trouble picking out the mood I wanted to establish with my flow. This doesn’t happen quite often. Then one night another musician friend of mine told me about some samples he had bought through a subscription. Splice. He found this female singing and right away her Voice and lyrical content jumped out at me. She’s on a couple of my other tracks now.

When I heard her lyrics I used for the hook, I was like..  no way! I wrote some lyrics in spanish, back when I was about 19/20 after a nasty break up,  that translates almost verbatim to what she’s singing. Plus, it was super on point with the beat.

That’s when the rest of the song pretty much wrote itself. It’s crazy how my words can manifest sometimes. Even though the hook was from the past, my wife and I went through a rough patch around the same time I was recording it. That’s why it might sound like I was going through it at the time. It’s because I was!! But we worked it out.. sorry ladies! Jk Jk. 😁

Are there any influencers in your musical career?

Yes. My father had a lot to do with my drive and hunger to be a writer/musician. He always encouraged me to give it my all and in his words “keep going forward, mi Sonny boy!”

Unfortunately, I lost him back in Feb of this year, just 4 days before my birthday. He fought a hard battle but in the end COVID-19 took him from me. I cut ties with some family members who had spread it to him. That’s why at the beginning of “irrational” I say “I’ll burn all my bridges, not let any of you in my castle homie.” I was heartbroken. Still am but at the same time I can’t be selfish. I know he’s in a better place, at peace, shining the light on my path through the darkness.

Also, I liked Jim Morrison’s showmanship & poetic lyrics. As well as a few other O.G. MC’s for they’re empowering lyricism.

Which of your songs would you pick as your favorite, and why?

My favorite track is always the one that I’m currently working on. I am my own worst critic and, if I don’t like it, how can I expect anyone else to? Like I mentioned before, sometimes I don’t even know how I come up with this stuff. And sometimes I get worried that I won’t be able to top the last One! But I just let go of all fear and doubt and do what comes naturally.

Because I Wrote it back in 2012, Before I could even imagine being a father. Then, fast forward 7 years and I’m taking my 4 y.o. daughter to the pyramids in Mexico City. I came back home so inspired that I made that beat from scratch. Including my daughter in it was the missing ingredient. It was our first legit track together. Plus it was an opportunity to put my culture on the map. On a real hip hop tip.

Are there any artists you would like to work with?

Absolutely, there’s so many but I think Bruno Mars would be at the top of my list. My daughter loves his songs “just the way you are”  & “billionaire”. I feel like him and I could have a similar connection as my cousin and I did.

Also the female from the samples in my songs. We’ll definitely vibe.

What do you do when you are not creating music?

When I’m not creating music, I’m most likely creating Videos for my music. Lol.

Other than that just hanging out with my beautiful wife and 2 daughters. The older one likes astronomy & geology, so we could stare at the stars or go for a hike. My 1 y.o. LOVES dancing! Particularly to music by an artist by the name of Moquiuix. He’s still underground though. Maybe you heard of him? 😄

What is your musical style?

That’s a tough one for me because I’m subjective. I eat, sleep, and breathe Hip Hop. When I make music I crave a unique sound. I don’t want to sound like anyone else that’s out right now. Tbh, I don’t even listen to any current hip hop or rappers. I feel like a lot of these MC’s have lost sight of the true Hip Hop CULTURE. Which is a form of protest and a voice in the struggle of urban life. Graffiti artists who express themselves through music, mixing, break dancing, and painting murals with your crew’s name on it. Nowadays, it’s all about how many diamonds are in your mouth and tattoos on your face. Rainbow colored hair and clothes. Gimmicky fabrications to create another generation of consumers in a divided nation.  We need a wake up call. That’s why I say: BUENOZ DiAZ!!

Tell us a rare talent of yours.

I’m not quite sure you would call this a talent but I’m pretty good at Putting things in perspective as long as I understand the topic. When I write sometimes, I’m just telling someone else’s story. I’m explaining someone’s perspective in hopes that this can help people relate to someone they might not normally associate with. My rare talent is  not treating anyone differently. Everybody gets the same level of respect that they offer. I can forgive easily. I might not forget for a while but I’ll let you attempt redemption. I can manifest the words I write. But then again we can all do most of those things so .. solve a rubik’s cube, I guess?

My pleasure for reals.

Thanks for letting me ramble!

May the light find you all well!

P.S. If you dig my slaps make sure to vote for me to be the next opening act this year at the Hollywood bowl. Here’s the link: