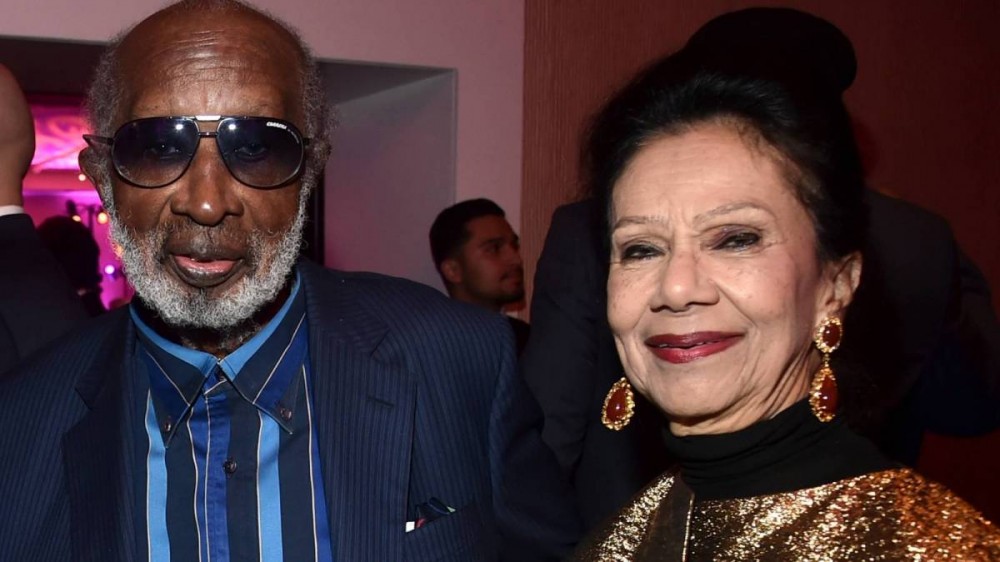 Beverly Hills, CA – An arrest has reportedly been made in the murder of Clarence Avant’s wife Jacqueline. According to TMZ, a family source close to the situation revealed a man was taken into custody less than 24 hours after the shocking crime.

Jacqueline was fatally wounded at the Avant home in the affluent Trousdale Estates neighborhood near Beverly Hills on Wednesday morning (December 1). Police believe a smashed sliding glass door was the point of entry. Avant and a security guard were both inside the residence at the time but were unharmed, although the guard was faced with at least one bullet.

During a press conference shortly after the murder, Beverly Hills Police Chief Mark Stainbrook shared a message from the family but refused to divulge details on the investigation or who was involved.

Meanwhile, tributes are pouring in for the couple. Former President Bill Clinton said, “Jackie Avant was a wonderful woman, a great partner to Clarence and mother to Alex and Nicole, an active citizen & a dear friend to Hillary and me for 30 years. She inspired admiration, respect & affection in everyone who knew her. We are heartbroken. She will be deeply missed.”

Jackie Avant was a wonderful woman, a great partner to Clarence and mother to Alex and Nicole, an active citizen & a dear friend to Hillary and me for 30 years. She inspired admiration, respect & affection in everyone who knew her. We are heartbroken. She will be deeply missed.

Russell Simmons, who considers Clarence Avant a cherished mentor, was understandably heartbroken and expressed his grief on Instagram.

“I just woke up this morning to devastating news,” the Def Jam Recordings co-founder wrote. “Jackie Avant has passed. She was the wife of my dear friend and mentor Clarence Avant and the amazing mother to my lifelong friend Alex Avant, along with his beautiful sister Nicole Sarandos . This news came w/out warning.

“It is the result of a violent american culture which we have almost normalized. I’m still processing. As I write this my heart is still breakin, my team is booking tickets so I can be there as soon as possible I don’t know how I can be of service, but I will be there as a loving friend to this amazing family. My prayers are with them.”

Kenny Hamilton, music producer, Justin Bieber’s former bodyguard and friend to the Avant’s son Alex, was equally as devastated and called attention to the growing number of alarming robberies around the area.

All of the violence going on in the city has been building and building,” he wrote. “The police can’t be everywhere. Start protecting your homes and families by any means you see fit. Pay attention to who’s around your home and change up your routine. It’s serious out here right now. More than ever before.”

Clarence Avant was the subject of a 2019 Netflix documentary called The Black Godfather, which detailed his vast history in the music industry. As noted in the IMDb description, the film “follows the life of Clarence Avant, the ultimate, uncensored mentor and behind-the-scenes rainmaker in music, film, TV and politics.”

My wife and I want to send our love to Clarence Avant, his daughter Nicole, his son Alex and their entire family. We are and will continue to keep them in our prayers. https://t.co/rTjImACwDB

Cookie and I are absolutely devastated at the loss of one of our closest friends Jackie Avant. She was senselessly murdered last night in a home invasion.💔😢 This is the saddest day in our lives.

Music legend Clarence Avant's wife, Jacqueline, has been tragically killed in a home invasion. Join me in sending prayers to the Avant family as they grieve this unspeakable loss 🙏🏾 pic.twitter.com/93sSXrJHMU

I have friends from all walks of life, and Mr Clarence Avant is one of them. He's one of the most influential people to ever be in music and he and Ms Jacqueline have treated me like family for decades. Prayers up for the the Avant family tonight.https://t.co/wzQyM2uxaH

I just don’t have the words…I’m praying for the Avant family. https://t.co/UgZYILnudz