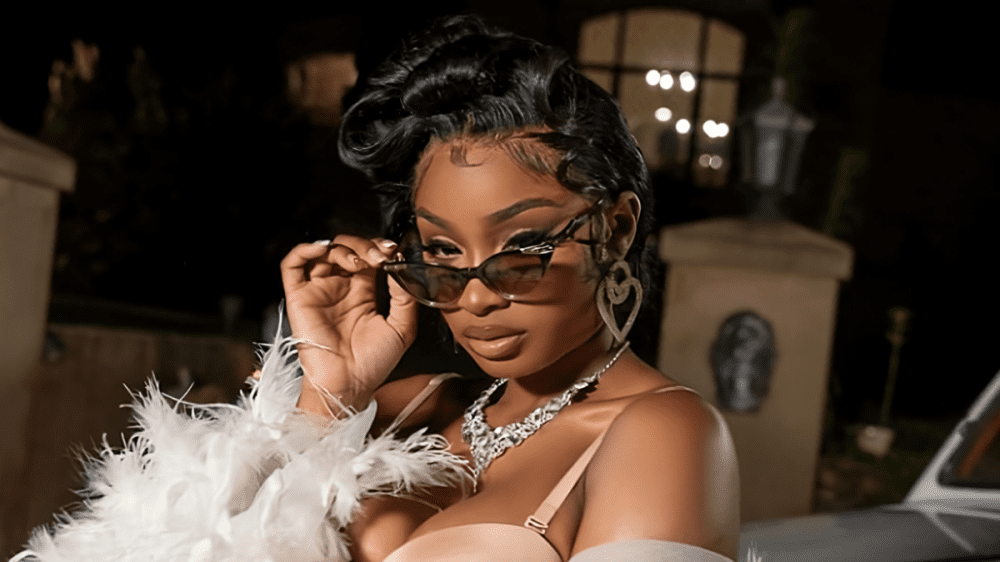 Exclusive – Armani Caesar is on track to become the big star her team thought she would be with the release of her new album, The Liz 2.

It’s a moment the late Demetrius Chawton Robinson, a.k.a. DJ Shay, foresaw years ago when he first helped a group of Buffalo, New York kids he believed in grow into what would become a lot of individual movements under the grand umbrella of Griselda Records.

“Shay was the visionary behind all of us rapping; this was his vision … he wanted us all to blow,” Armani Caesar told HipHopDX a few weeks before the release of her new LP. “All these kids were running around his studio trying to tear shit up, and he saw we were talented.”

She added: “When I first came to the studio, I came to book time … the next day, I ended up in the group [Buff City] with Conway and Benny.”

There are numerous slept-on collaborations between Conway The Machine (then known as Jimmy Conway), Benny The Butcher (who also rapped under 2 Chain Bennymane and, at one point, B.E.N.N.Y.) and a young Armani. Under Shay’s wing, she released several projects with Buff City Records.

The imprint — affiliated with numerous other artists — has an extensive back catalog of mixtapes that new listeners of Griselda, especially those who love a good origin story, should check out.

“He saw something in all of us; he did everything he could to make sure we had the means to do what we had to do … to record and work on our craft,” she tells DX. “He gave me my name and helped put together my first mixtapes … There would be no Griselda without DJ Shay.”

Ultimately, the long history between the collective of artists makes this new era of the Griselda imprint particularly special. Armani Caesar didn’t join the fold; instead, she reunited with a musical family — something DJ Shay witnessed come full circle.

“When they were talking about adding a female artist, it was like, ‘It’s only right,’” she says. “A lot of females don’t have the look, or they have it but don’t have the talent. I have both and I’m from Buffalo … I was the perfect one to help tell the story [of our city].”

DJ Shay died in the summer of 2020 due to complications caused by COVID-19. At that time, the label delayed the original release of Armani’s The Liz out of respect for their mentor.

The Liz 2 is out now via Griselda/GXFR Records, and features appearances from Kodak Black, Westside Gunn, Benny The Butcher, Conway The Machine, Stove God Cook$ and others.