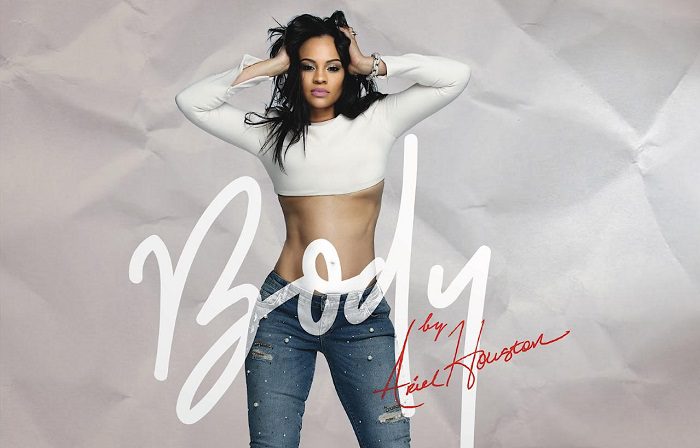 After what feels like forever, Ariel Houston has graced the music scene with her heavenly presence. The multifaceted, emerging artist has released her debut single “Body”. The single comes after a lengthy hiatus and the release of Ariel’s “Guns Down, Life Up (Remix)” feat. Mysonne and Lazy Boy in 2019. That single serving as an ode to the #BlackLivesMatter movement and strongly advocating against gun violence.

With the new, the musical bombshell embodies fun, flirty energy. The track screams party and charges any listener with the fire and enthusiasm to get on the floor and dance. A childhood dream come true; this single has been in the making for years. With influences like her sister-in-law, the late, great Whitney Houston, and discovering her musical talents at the age of five, music has always been embedded in Ariel’s soul.

No stranger to center stage, by the age of 16, Ariel had over 20 national commercials, a successful modeling career, had recorded with Whitney Houston at her studio in New Jersey, 3 off-Broadway musicals under her belt and was in negotiations with super producer Rodney Jerkins, who wanted to sign her singing group at the time. However, she declined and decided to work on her solo career with her now husband, Michael Houston. Like many of us, life presented its obstacles and Ariel was faced with adversities to overcome, which she did and took a break from her music, becoming a wife, giving birth to her children, going back to school and acquiring the title of CEO.

Ariel tells The Source, in the near future she sees herself charting the Billboards, telling her story through the lens of TV/Film and continuing to advocate for a purpose.