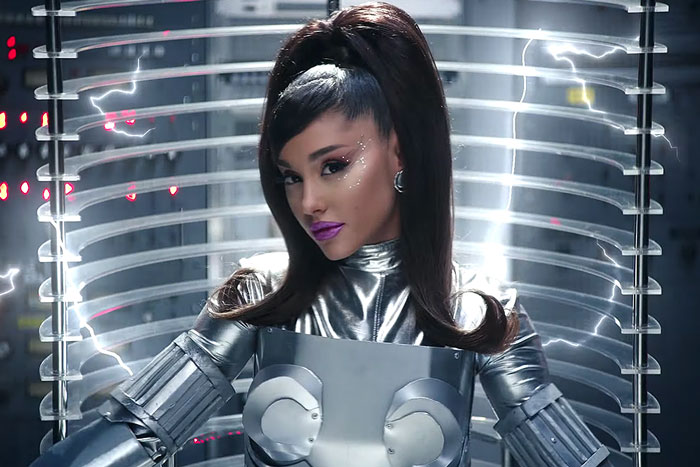 Ariana Grande goes from the White House to the laboratory in the video for “34+35,” a standout off her chart-topping album positions.

In the Director X-helmed clip, the pop powerhouse plays a scientist who brings another version of herself to life. Donning a white coat, Dr. Grande toys with her armored creation, ironing out the inks until it’s ready. She then celebrates by dancing in a négligée in her lab.

“34+35” follows Grande’s video for “positions,” where she played the President of the United States. The song is currently No. 2 on the Billboard Hot 100 after debuting atop the chart.

Released last month, her sixth studio album positions remains No. 1 for a second week on the Billboard 200. The 14-track project features collaborations with The Weeknd, Doja Cat, and Ty Dolla $ign.