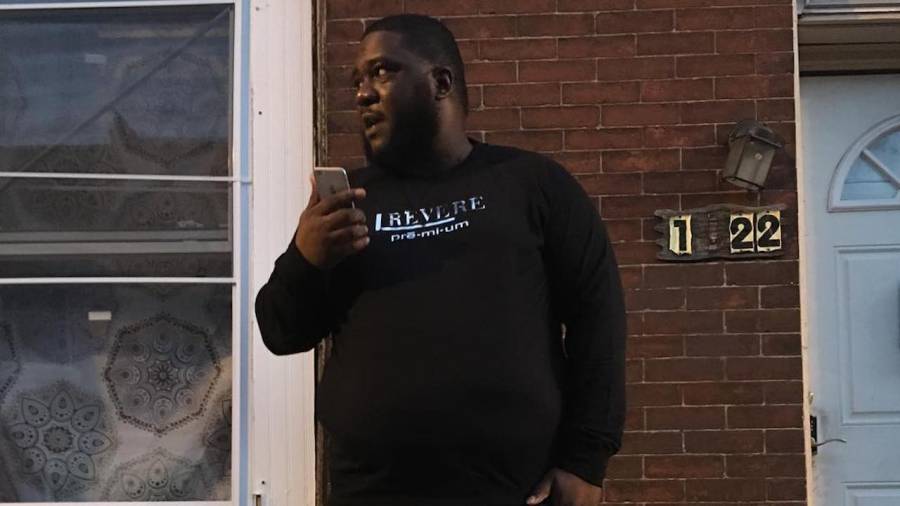 Philadelphia, PA – AR-Ab (real name Abdul West) appeared in a Philadelphia courtroom on Thursday (April 15) for his sentencing hearing where a federal judge threw the book at him. According to The Inquirer, the 38-year-old Philly rapper was sentenced to a whopping 45 years in prison for turning his Original Block Hustlaz (OBH) label into a drug trafficking ring linked to at least one murder.

Although AR-Ab’s former associate claimed the rapper ordered the 2017 killing of rival Robert Johnson, U.S. District Judge Michael Baylson insisted it wasn’t a consideration in his sentence. Baylson also insisted AR-Ab’s violent lyrics weren’t a factor in his bulky sentence either. Instead, he said the 45 years was for his history of “antisocial behavior.”

“You could have been a hero instead of a criminal,” he said. “But you became a drug dealer. You made that decision. That’s why you’re being punished.”

With his arms crossed, AR-Ab defended his lifestyle choices, saying, “The court, the FBI agents, and the prosecutors don’t understand my culture. We don’t rap about flowers and rainbows. We’re gangsta rappers. We rap about where we grew up. So we rap about drug dealing. We rap about violence.”

Dozens of witness revealed the OBH drug ring drew its supply of crack cocaine, heroin and meth from California, storing it in upscale Center City apartments he believed would be less likely to draw the attention of law enforcement.

“This wasn’t a case against gangsta rap,” Assistant U.S. Attorney Everett R. Witherell added. “Mr. West made it clear not just in his lyrics but in his social media that people should be afraid of him and his willingness to resort to violence.”

After FBI agents raided an OBH stash house at the One Water Street Apartments in Old City, AR-Ab dropped music video in which he rapped about the feds taking “10 of ‘em,” a reference to 10 kilograms of cocaine seized at the scene.

“Quarter million loss, got a broke heart,” he rapped. “And they snatched my dog, that’s the worst part/One rat destroy everything you work for/I pray to God that he don’t tell them who he work for.”

The “rat” in question is Dontez “Tez” Stewart, who was charged with Johnson’s murder and testified against AR-Ab in exchange for a lighter sentence à la 6ix9ine.

AR-Ab’s attorneys filed an emergency motion to prevent Johnson’s family from delivering impact statements during the sentencing hearing, but apparently it didn’t work. Johnson’s mother sobbed in the courtroom as she talked about her son and had to be escorted out as she cried. AR-Ab showed no sympathy toward the woman, insisting he had nothing to do with the slaying.

Moments before U.S. Marshals led him away in handcuffs, it sounded like AR-Ab planned on filing an appeal, ending the hearing with, “I’m not saying I’m innocent. I’m saying I’m not guilty of all them charges.”