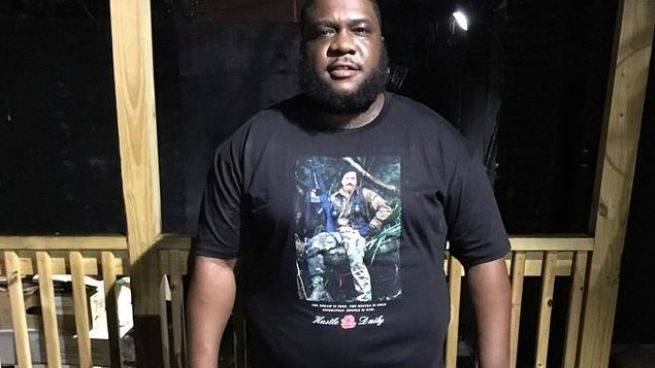 Philadelphia, PA – Philadelphia rapper AR-Ab has been holed up in a 6×8 prison cell at the Federal Detention Center (FDC) of Philadelphia as he awaits sentencing on a litany of charges, including conspiracy and distribution of crack cocaine, heroin and methamphetamine. But according to an Instagram post shared to his account on December 8, he’s not receiving some much needed medical care.

While AR-Ab’s manager Poerilla originally mentioned a “laceration” on his head, it wasn’t apparent how he wound up with the injury until now. During a recent interview with Da Interrogation Room, his little brother Lik Moss made it clear just how dire AR-Ab’s condition really is.

“Right now, he’s in a position where he can’t walk at all,” Lik said around the four-minute mark. “But he’s on a block with my brother and little cousin so they kind of taking care of him right now.”

Lik then revealed some of his medical issues stem from a stabbing incident involving AR-Ab who was on the phone when a fellow inmate went on a rampage. The man ran through the area slashing random people and AR-Ab was allegedly one of the victims.

“Probably about 80 percent of his body is black,” Lik explained. “It’s pussing and bleeding. And he ain’t used the bathroom in a week — like urinated. So we know that’s a kidney problem. But they not giving him no medical attention. … when he got stabbed they took him to the hospital — well, not the hospital but you know, the medical. Then they put him right in the hole. … He catch hives in the hole. … He blackout then they take him to medical. But, they don’t run no real tests.”

Poerilla and AR-Ab’s family are pleading with the facility to help him. Another post also petitions for people to contact Pennsylvania Governor Tom Wolf to aid AR-Ab in receiving proper treatment.

“Started with a laceration that got infected,” Poerilla wrote in the initial Instagram post. “The infection spread all over his body causes his skin to blacken (burnt looking) which is constantly pushing & bleeding. He can’t use the bathroom (urine or feces), He can’t walk due to swelling in his legs & he’s shaking uncontrollably… He is being denied Medical Treatment.”