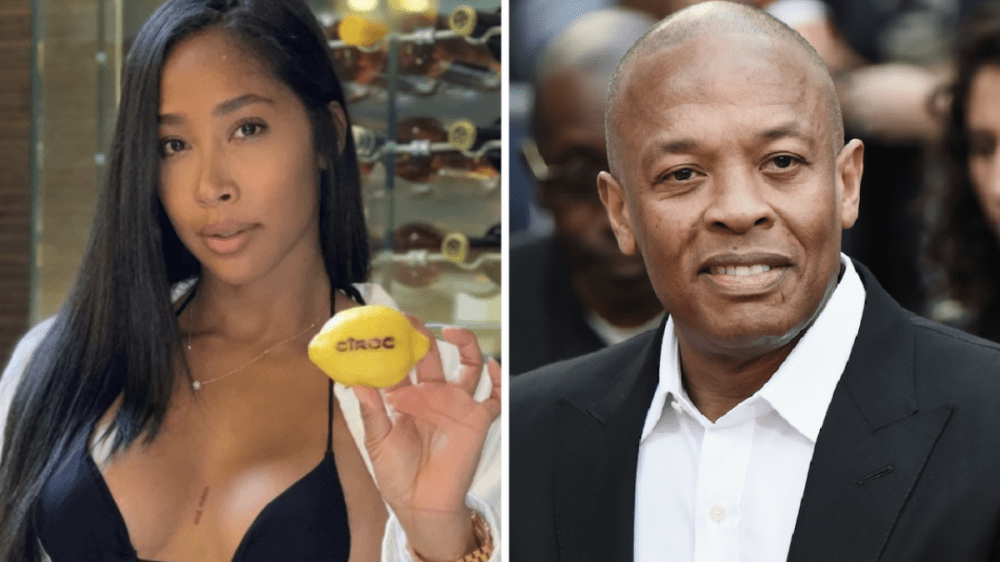 Dr. Dre is enjoying life after being ruled a “single” man by the court system amid his turbulent divorce from Nicole Young. The Hip Hop mogul has continued to spend time with former Love & Hip Hop: Hollywood personality Apryl Jones.

Jones took to Instagram on Thursday (July 8) to post a bikini-clad thirst trap presumably approved by Dr. Dre himself.

“Night swim on dat ass oh and cause he told me to post it;),” she wrote before taking a dip.

The mansion in the backdrop is presumably Dr. Dre’s as well. One fan hopped in Jones’ comments to make a remark about Dre’s crib.

“At Dr Dre Crib I know that’s right,” she wrote.

Dre and Jones have been spotted out and about together in California during 2021. Paparazzi caught the possible couple on a dinner date in February.

Court documents allege Dr. Dre and Nicole Young’s marriage officially came to an end on April 15, but the divorce proceedings are far from over. Much is still to be decided on the financial side as to who gets what in regards to Dre’s $800 million fortune.

Even with the divorce looming, Dr. Dre is still making shrewd business moves. He and Interscope Records co-founder Jimmy Iovine received approval from the L.A. Board of Education in June to open a public high school in Los Angeles in the fall of 2022. The 2001 rapper has also been tapped to produce the upcoming Marvin Gaye biopic What’s Going On for Warner Bros.