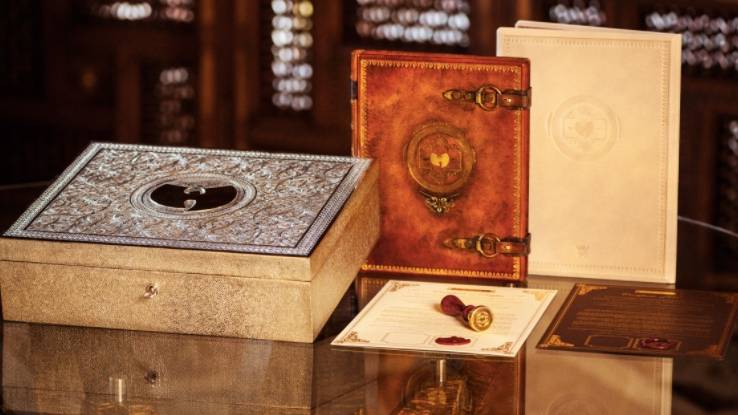 The one and only copy of Wu-Tang Clan’s Once Upon A Time In Shaolin became property of the federal government after disgraced hedge fund manager Martin Shkreli was convicted on two counts of securities fraud and one count of conspiring to commit securities fraud.

Shkreli, the former owner of the album, was forced to forfeit the project to pay off the $7.4 million fine handed down to him in 2018. On July 27, the United States Department of Justice issued a press release confirming an unidentified buyer had purchased the album but didn’t confirm for how much.

“Proceeds from the sale of the Album will be applied to satisfy the outstanding balance owed on the Forfeiture Money Judgment,” the press release stated. “The contract of sale contains a confidentiality provision that protects information relating to the buyer and price.”

According to CNBC, attorney Peter Scoolidge, who identified himself as the person who handled the purchase, said the buyer promised to unveil his identity within the “next 30 to 60 days.”

In April, the balance of the forfeiture was estimated at $2.3 million, roughly $300,000 more than what Shkreli reportedly paid for the album when he bought it via an online auction in 2015.

“Through the diligent and persistent efforts of this Office and its law enforcement partners, Shkreli has been held accountable and paid the price for lying and stealing from investors to enrich himself,” she said. “With today’s sale of this one-of-a-kind album, his payment of the forfeiture is now complete.”

Once Upon A Time In Shaolin was marketed as “both a work of art and an audio artifact” and includes a hand-carved nickel-silver box as well as a leather-bound manuscript containing lyrics and a certificate of authenticity. It’s also subject to various restrictions, including those relating to the duplication of its sound recordings.