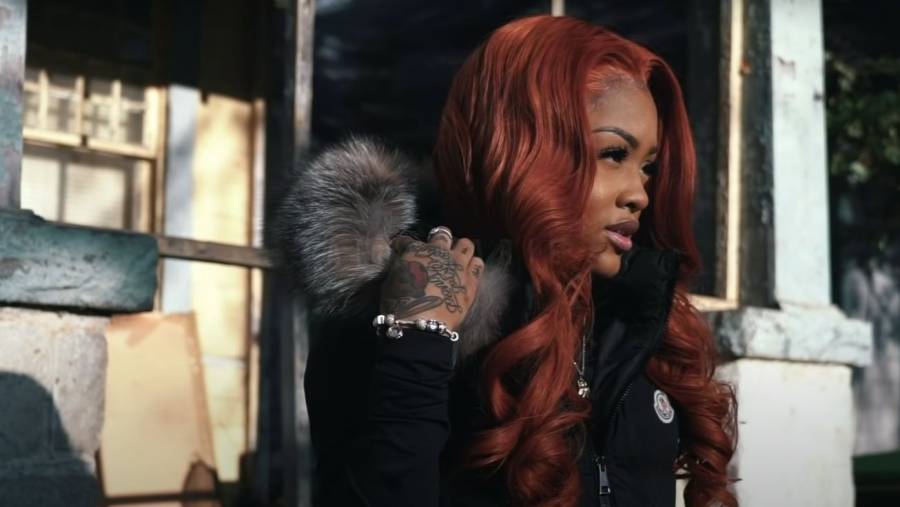 Atlanta, GA – Ann Marie is reportedly out of jail. According to TMZ, the R&B singer posted $60,000 bail and walked out of Fulton County Jail in Atlanta, Georgia on Wednesday (December 9).

Fulton County inmate records show she posted $10,000 for possession of a firearm during commission of a felony (person of another) and $50,000 for aggravated assault with a deadly weapon.

The 25-year-old artist was arrested on December 1 after she allegedly shot her childhood friend Jonathan Wright in the head at Atlanta’s Buckhead Hotel. When police arrived at the scene, she claimed the gun had fallen off the table as she was reaching for a towel and discharged a bullet, which landed in Wright’s forehead.

But investigators were immediately suspicious of her account, noting Ann Marie didn’t shed a single tear as she recounted the story. They also discovered two shell casings at the scene, making an “accidental shooting” theory seem implausible.

Ann Marie is now on house arrest and forbidden to have any contact with Wright or his family. If she happens to run into them, she’s ordered to exit the premises immediately and stay at least 200 yards away. She also must wear an ankle monitor, give 24-hour notice for any appointments and can only travel for work-related events with prior approval.

On the day of the shooting, police arrived at the Buckhead Hotel and discovered a pool of blood in the entrance of room 614. Inside, they discovered Wright laying on the floor at the foot of the bed.

Officers said Wright was “conscious” but having difficulty keeping his eyes open due to the immense loss of blood. He was taken to the hospital in critical condition, but no further updates on his health have been provided.

Ann Marie is currently signed to Interscope Records and has several singles under her belt, including “Secret” featuring YK Osiris and “Drip” with Jeremih, the latter taken from her 2019 Pretty Psycho EP.