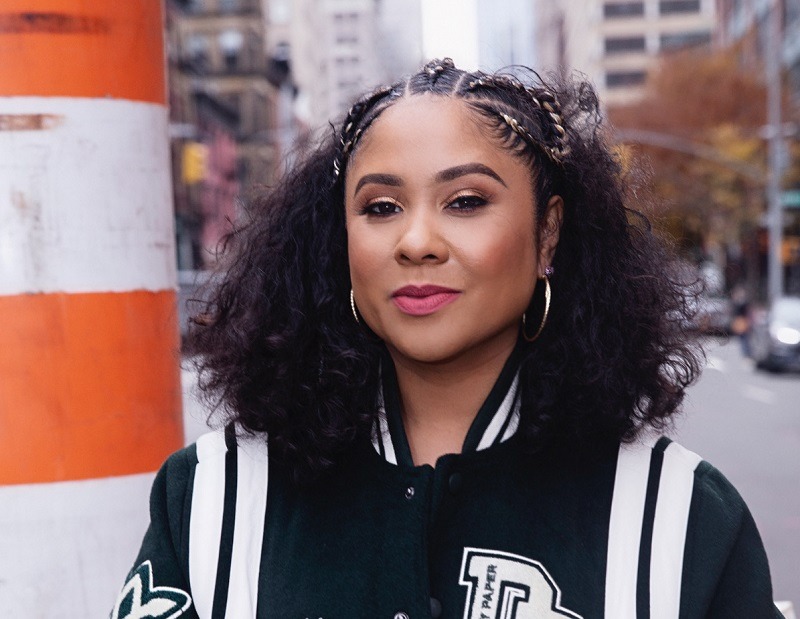 Award-winning media personality Angela Yee will host a new weekday broadcast radio show called Way Up with Angela Yee, according to a Premiere Networks announcement today. More than 30 iHeartMedia stations, including Power 105.1 in New York, will carry the program, which will broadcast on middays when it debuts in the fall of 2022. Additionally, Premiere Networks will offer the program for syndication to other stations around the nation.

A fast-paced, listener-interactive program, Way Up with Angela Yee will feature the well-known personality as she engages with listeners directly on hot topics ranging from relationships, Hip-Hop and R&B, breaking news stories, and general culture, both inside and outside the music industry. The program will feature celebrity interviews and special guests, and it will be enjoyable, inspirational, and entertaining.

“Angela Yee is a Powerhouse! She’s a businesswoman, entrepreneur, philanthropist, and a highly-entertaining, smart and witty talent who will go down as one of the greats of her generation. We are thrilled to have her lead this new show,” said Thea Mitchem, iHeartMedia Executive Vice President of Programming. “Angela has her finger on the pulse of entertainment and culture, and I look forward to watching her bring her positive outlook and even more great content to her devoted listeners in new and influential ways.”

Yee has been on the air for almost 20 years and has interviewed a number of well-known entertainers, including Dave Chapelle, 50 Cent, Issa Rae, Cardi B, President Barack Obama, Jay Z, Eminem, and more. Yee has co-hosted The Breakfast Club, a Radio Hall of Fame show that airs on Power 105, alongside DJ Envy and Charlamagne Tha God for the past 12 years.

Yee will leave The Breakfast Club this fall with the debut of Way Up with Angela Yee. Additionally, the iHeartPodcast Network will soon offer Yee’s hugely popular Lip Service podcast, in which she and her girlfriends interview the hottest hip-hop and R&B artists about intimacy, sex, and relationships.

“I’m overwhelmed with gratitude and excitement to have this once in a lifetime opportunity to create a brand-new show,” said Yee. “I appreciate everyone who has helped to make this happen at iHeartMedia, and most importantly, the listeners who are like family to me. It’s a bittersweet feeling to leave an iconic show like ‘The Breakfast Club,’ which we built from the ground up for 12 years, but we will forever be an extension of each other. I’m working hard and dedicated to making our new program exciting, thoughtful, provocative, and most importantly, a safe haven for even more of us to grow and learn while having fun. I’m ready for this new chapter!”