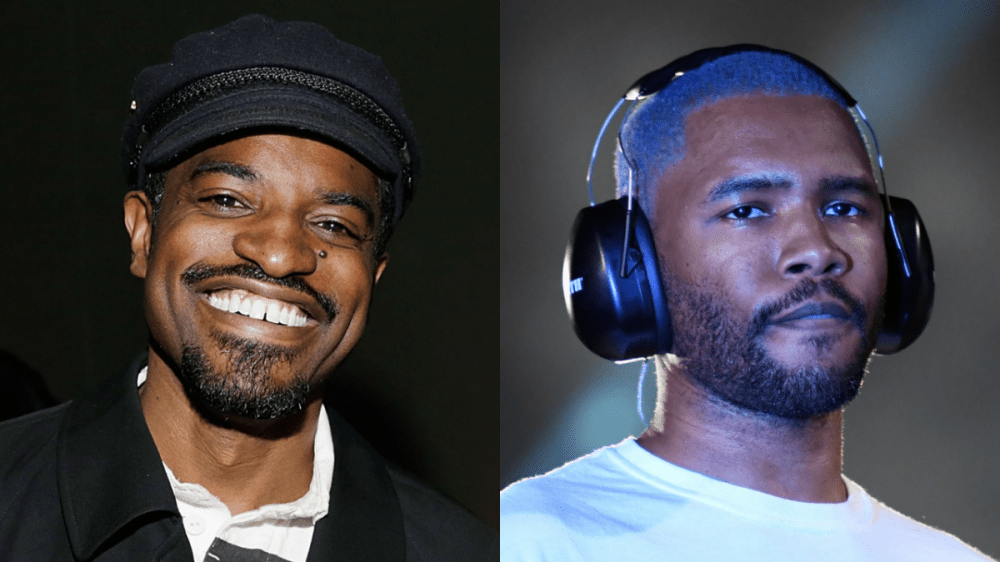 André 3000 headlined the star-studded supporting cast on Frank Ocean’s 2016 album Blonde, helming “Solo (Reprise)” by himself with a typically dazzling verse that touched on police brutality, modern relationships and artists not writing their own lyrics (which many interpreted as a subliminal shot at Drake, whose alleged used of a ghostwriter surfaced during his 2015 feud with Meek Mill).

However, the Outkast legend was as surprised as anyone when he heard himself on Frank’s album. In a recently surfaced interview from two years ago that flew under the radar, 3 Stacks detailed the making of “Solo (Reprise)” and his initial reaction to hearing the song. Interestingly, the Atlanta native revealed he wrote his verse to a “completely different” beat.

“Frank, he reached out actually about two or three years before Blonde came out and he was like, ‘Hey, I wanna do this song,”‘ he said. “So he sent me a beat and we kept back and forth, he was sending me beats, we were listening to music. I picked the beat and I went in the studio in Austin, Texas and I did this verse to this beat — it was like a Hip Hop kinda beat, a completely different track.

“I sent it to Frank and he was like, ‘Ok cool.’ You know, Frank likes to take time, so of course it was years later. I was in California and I heard that Frank was doing this event where he was releasing his magazine Boys Don’t Cry. And so me and my girl went down to the magazine stand to just support it, to pick up the magazine and the album Blonde was actually in the magazine.”

It wasn’t until he listened to Blonde in the car journey home that André 3000 discovered he’d made the album — albeit not in the way that he anticipated.

“So we’re riding home and we put the Blonde CD in,” he continued. “We’re listening and like, ‘Oh, this is jamming.’ Then my voice comes on! [Laughs] Out of nowhere. He didn’t tell us that it was coming out. I never heard it until it was on the album, and it was completely different. I laid it down to this whole beat and he took my verse from that beat and then — it was the genius of Frank — he put it on piano alone. No beat, just me and the piano.

“But I didn’t know that I was on the album until I was riding home as a fan listening to Blonde. It was surprising that he just left my verse alone as it is on the album.”

André 3000 got another surprise when he later discovered that British singer/songwriter James Blake played the piano on “Solo (Reprise).” The two also collaborated on “Where’s the Catch,” from Blake’s 2019 album Assume Form.

“I then come to find out later on, I didn’t know James Blake at that time, and so me and James Blake were in the studio one day and he was like, ‘You know that was me playing piano under your verse?,’” he added. “And I’m like, ‘What?!‘”

As the sixth anniversary of Blonde approaches, Frank Ocean fans continue to await word on its long-awaited follow-up. The elusive singer’s last official releases, “Dear April” and “Cayendo,” arrived in 2020 and between his Homer jewelry line and rumored A24 directorial debut, it appears Frank has been pursuing other creative avenues since the pandemic.

However, the New Orleans native offered signs of hope late last year when he premiered an untitled nine-minute song during the Christmas episode of his Apple Music show blonded RADIO. A few months before that, it was reported Frank was shopping his third studio album to various labels.

As for André 3000, the equally enigmatic ATLien continues to pop up in random places with his trusty flute while occasionally reminding fans of his brilliance on the mic.