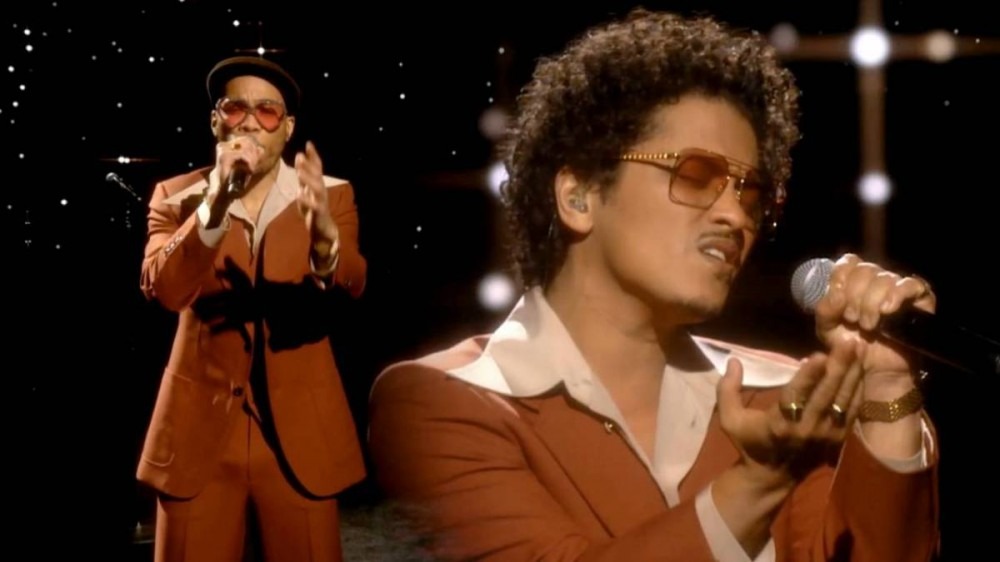 Anderson .Paak joined forces with Bruno Mars to form the R&B soul group Silk Sonic and it’s turning out to be a lucrative move for the Oxnard, California-born rapper. The duo unleashed their debut collaborative album, An Evening With Silk Sonic on November 12, and the first-week sales numbers are looking mighty fine to Anderson.

According to HITS Daily Double, An Evening With Silk Sonic will debut at No. 2 this week with 102,000 total album-equivalent units earned. That number is a regular benchmark for Bruno Mars, but it’s a different case for his soul music partner, Anderson .Paak who received his highest first-week sales in his career.

Anderson’s last album, Ventura, dropped in April 2019 and debuted at No. 4 on the Billboard 200, earning 55,000 album-equivalent units. It was his first Billboard Top 10 album and also earned him a Grammy Award for Best R&B Album in 2020. Fans were waiting patiently for Silk Sonic to drop their album, and it seems like the wait was well worth it given the album’s chart success.

The album is even catching the attention of some Hip Hop legends such as Ghostface Killah. During a recent interview with HipHopDX, the Wu-Tang Clan member explained he wants to be a part of the Silk Sonic vibes and get an album done with them.

He added, “I never hit them up because, first of all, it’s hard to get in touch with these guys. You can’t even DM them. They won’t see it unless they follow you. I wish I could get to them and talk to them and be like, ‘Yo let’s do shit. Let’s do a six-song project just for the fuck of it.’ It’s music now. Let’s just do it. I’m ready for it.”