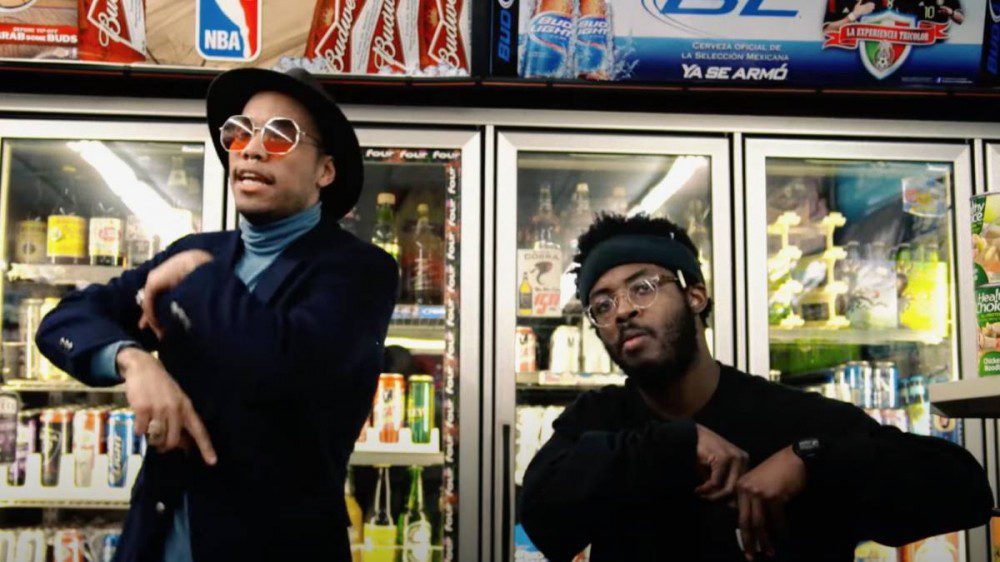 Anderson .Paak and Knxwledge have announced that their duo NxWorries is returning with new music later this week.

The pair haven’t dropped a project since their debut full-length Yes Lawd! in 2016, but Paak announced they would be reuniting for a new single featuring H.E.R. titled “Where I Go.”

The Oxnard crooner unveiled a teaser video on YouTube on Monday (October 17), with the full version set to drop on Wednesday (October 19).

Both parties have been incredibly busy since parting ways in 2016. Anderson .Paak has released numerous solo albums and linked with Bruno Mars for their Grammy-winning group Silk Sonic. The pair dropped their debut An Evening with Silk Sonic back in 2021, and won four Grammy awards, including Record of the Year and Song of the Year.

As for Knxwledge, he’s been spending the years producing for many rap heavyweights including Mach-Hommy, Earl Sweatshirt, Action Bronson, Westside Gunn and others.

While Anderson .Paak has been enjoying his time in Silk Sonic, the duo announced in a statement to Rolling Stone last week that they would bow out of submitting their debut album for consideration at the 2023 Grammy awards.

“We truly put our all on this record, but Silk Sonic would like to gracefully, humbly and most importantly, sexually, bow out of submitting our album this year,” Mars wrote.

He added: “We hope we can celebrate with everyone on a great year of music and partake in the party. Thank you for letting Silk Sonic thrive.

“Andy and I, and everyone that worked on this project, won the moment the world responded to ‘Leave The Door Open.’ Everything else was just icing on the cake. We thank the Grammys for allowing us to perform on their platform — not once but twice — and awarding us at last year’s ceremony. We’d be crazy to ask for anything more.”

Music aside, Anderson .Paak has also been hard at work on his latest Vans collection, which dropped over the summer. Paak’s third collection with the shoe brand is titled the “Vanderson Collection,” and is filled with an array of t-shirts, sneakers like the EPack Sport, apparel, and more accessories hand-picked by the Silk Sonic artist himself.

“Vans was super patient with me on this one,” he said in a statement. “We met every week in Malibu and designed these shoes in the California sunshine. This is my best drop yet and I’m so proud of what we’ve come up with.”