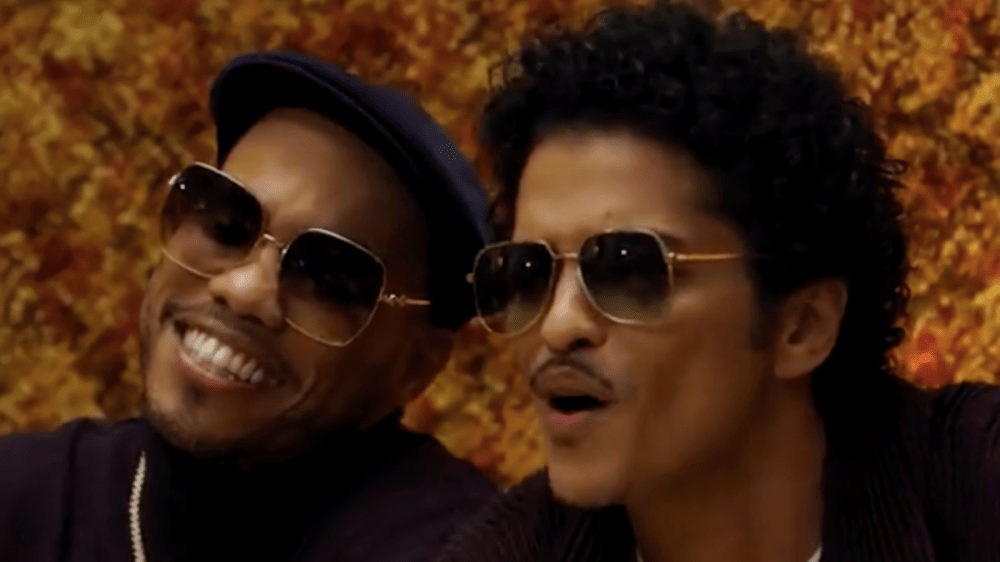 The run of 13 shows at Dolby Live is set to conclude on April 2, which coincidentally happens to be the day before the Grammy Awards will take place in Las Vegas. Silk Sonic’s “Leave the Door Open” will compete for Record of the Year and Best R&B Performance honors at the award show.

“THE TERMS ARE LOCKED AND VEGAS MIGHT NOT EVER BE THE SAME JACK,” Anderson .Paak wrote. “YOU’RE INVITED TO THE HOTTEST SHOW IN SIN CITY! HIT THE LINK IN BIO AND GET YOUR TICKETS NOW!”

“It’s happening! The sexiest party of the year,” Bruno Mars added on Twitter. “Them Silk Sonic Boyz are performing Live in Las Vegas!”

Its happening! The sexiest party of the year! Them Silk Sonic Boyz are performing Live in Las Vegas! ✨ ♣️♥️♠️♦️✨ https://t.co/UxR4HoJ6Ij pic.twitter.com/k0O5cESV4r

Bruno Mars and Anderson .Paak blended their musical genius to craft the groovy An Evening With Silk Sonic album, which arrived on November 12. The project debuted at No. 2 on the Billboard 200 with 104,000 total album-equivalent units.