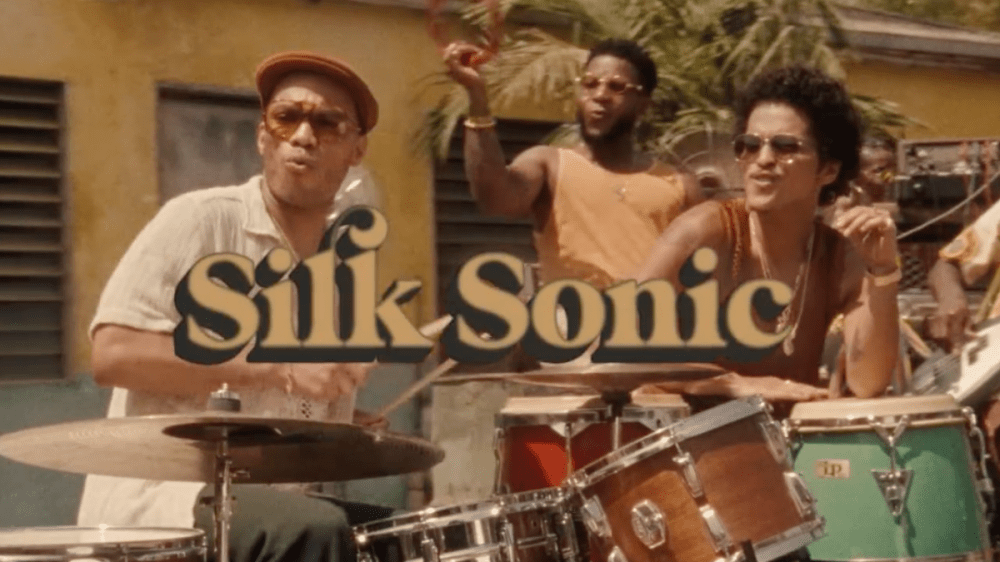 Anderson .Paak and Bruno Mars couldn’t have asked for a better reception to their debut Silk Sonic single “Leave the Door Open,” which topped the Billboard Hot 100 chart in April. On Friday (July 30), they returned with an infectious second single called “Skate” and a feel-good music video to go with it.

Directed by Mars and Florent Dechard, the vintage visual finds the duo playing drums with other members of their band as, true to the song’s title, girls roller skate around them in the sun.

“In a room full of dimes, you would be a hundred dollars,” .Paak sings in the first verse. “If bein’ fine was a crime, girl they’d lock your lil’ fine ass up in a tower/The way you move like you do, ooh it’s like you do it for a livin’/Do a lil’ spin, do it again/Shit, look like you playin’ for the win, oh baby.”

Anderson .Paak’s Instagram post received praise from the likes of Busta Rhymes and Rapsody, with Bruno Mars even commenting, “Drop the album!”

Silk Sonic’s debut album An Evening with Silk Sonic was announced in February and confirmed to be complete, but a release date still hasn’t arrived. During a March interview with Apple Music, Bruno Mars spoke highly about Anderson .Paak’s ability on drums and explained how the album came about.

“He’s one of the baddest drummers I ever seen, you know?” Mars told Zane Lowe. “And you’re gonna hear that all over the album. That’s what really inspired so much. I had never created music like that, with drums being the focus … He comes from a different era, that’s what it felt like when I heard him play drums in the studio. It’s like, man, you don’t come from this new school of musicians, you come from those old school musicians back in the day that one drummer would play on everyone’s record, like the Funk Brothers at Motown.”

He added, “This wouldn’t happen if it didn’t make sense and it didn’t feel natural and organic. This was a series of events that led us to, ‘Man, why don’t we just do it?’ Starting with the tour, us creating a friendship and a bond and talking to each other and sharing the same love for music, getting into the studio, quarantine. All of these things was the equation to get this album.”