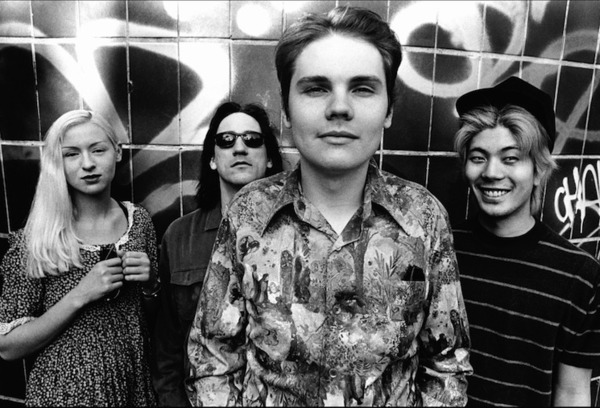 Perhaps the greatest obstacle to the Smashing Pumpkins being widely recognized as one the most vital and innovative rock bands all time is the public persona that has been cultivated around ringleader Billy Corgan. So let's leave that aside and focus on the magnificent music the band have made in (almost) all their incarnations. There is a lot it.

The Smashing Pumpkins were the quintessential alternative rock act. Even as they were launched to success in grunge's final wave with 1993's Siamese Dream, they were already transcending the genre with a level musicianship and an interest in dynamic experimentation beyond the majority their peers. And these weird rock outcasts could never be as cool as the other big bands the era because they survived and persisted.

The second leg the group's journey has now been going on longer than its first; Jeff Schroeder has been a Pumpkin longer than D'arcy Wretzky was. And, while they haven't reproduced the world-dominating highs their mid-'90s heyday, the group have continued to evolve and create vital new material while most their peers have fallen or faded.

With yet another new lease on the group's lifespan coming in the form a new tour and studio album with original members Jimmy Chamberlin and James Iha back in the fold, join us for a look at the key works in the ongoing legacy the Smashing Pumpkins. 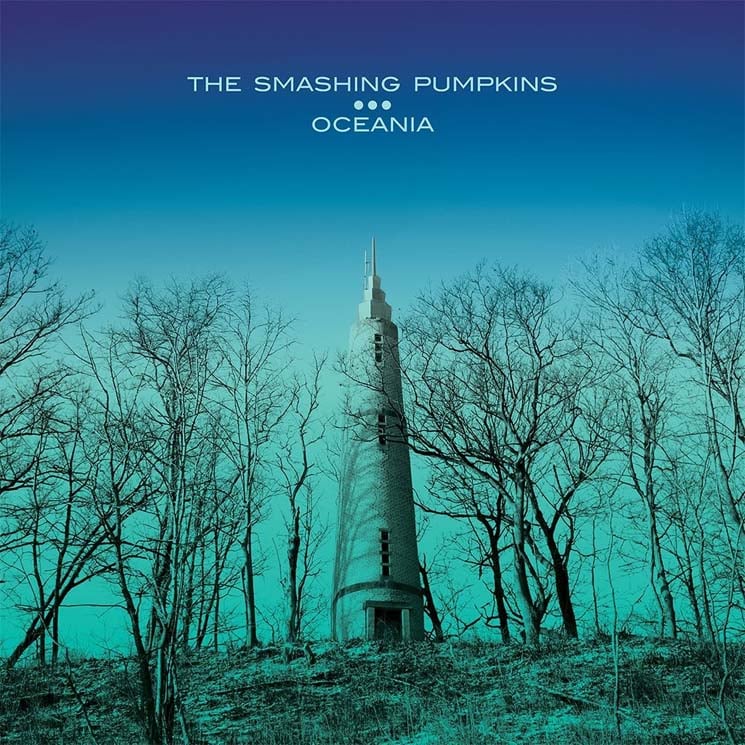 Nobody expected this album to be this damn good, as the first full-length release without drummer Jimmy Chamberlin since their initial reunion left Corgan as the sole original member. Even with the promise songs like "Freak," from the convoluted and abandoned Teargarden EP series, an album that could stand alongside the Pumpkins' best work nearly 20 years after Siamese Dream wasn't a reasonable expectation.

But Corgan excels at delivering the unreasonable and the chemistry the musicians that recorded Oceania is undeniable. Corgan's songwriting and guitar work are in peak form, full skyscraping hooks and indelible melodies. Mike Byrne attacks the drums with the precise ferocity someone who knows exactly how hard it is to fill Jimmy Chamberlin's shoes, and Nicole Fiorentino's bass work is quite probably the strongest the Pumpkins have put to record. Tracks like "Panopticon," the epic title track and closer "Wildflower" resonate with the majesty and intensity the band's early work, but also carry a calm maturity that gives the whole endeavour a unique flavour. 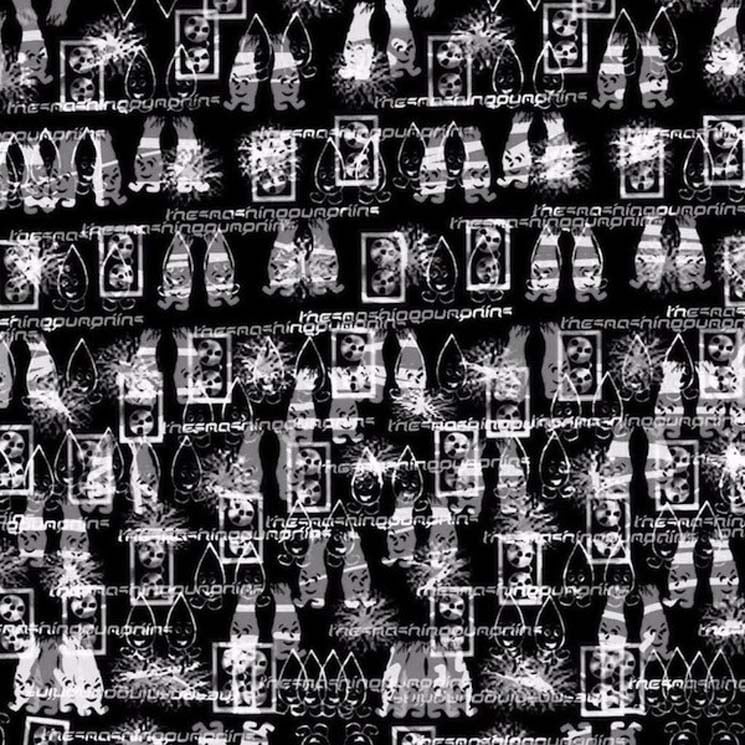 The Pumpkins capped the first phase their career with a middle finger to the record industry, and an incidentally prescient gesture goodwill to fans. They released this album for free to sooth the pain their breakup. When Virgin wouldn't release 2000's Machina as a double album, the band pressed a limited number Machina II copies and its B-sides, and sent them to members the online community with instructions to distribute them freely.

This freakier and looser collection sees the Pumpkins treating some their sharpest hooks and biggest riffs to raw production experiments that would never fly on an ficial release, but the confrontational approach gives each track an inexorable sonic identity. "Cash Car Star" is an absolute monster a track, featuring some the most absurdly beefy drumming Jimmy Chamberlin has ever laid down, with a fantastically simple and effective Corgan riff. With more traditional treatment, "Real Love," "Let Me Give the World to You" or "If There is a God" could have been crossover hits. "Dross" is a syrupy glam-metal stomper that nearly matches the nihilistic swagger "Zero."

Sequencing that sort unexpected heaviness alongside beautiful acoustic ballads like "Innosense" and the quirky alt-wave hooks "Atom Bomb" is what makes for a truly excellent Smashing Pumpkins album. That they had this much A-list material waiting in the wings is a testament to how inspired the band can be when they're unconstrained by expectation. 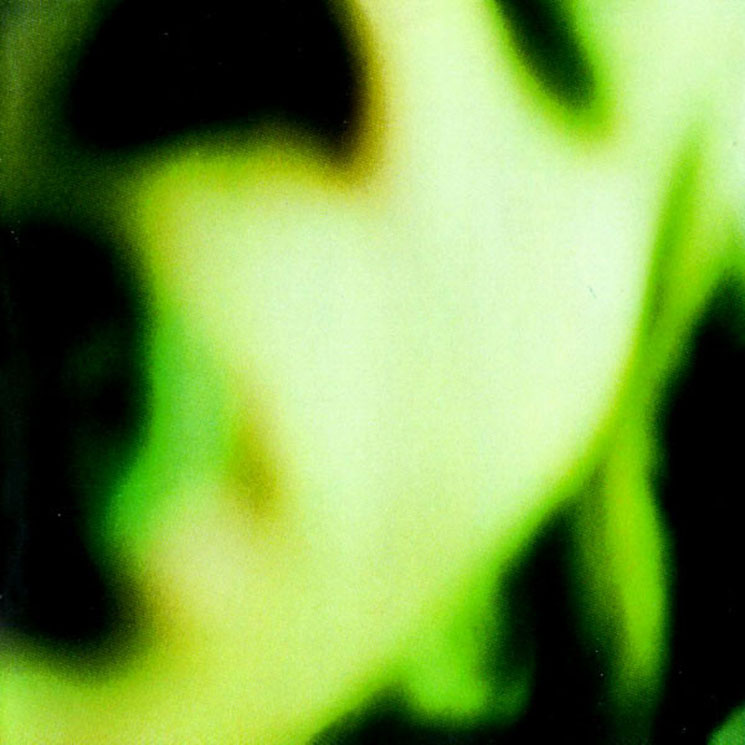 There was a time period when the Smashing Pumpkins' productivity was almost alchemical. The band were so prolific and operating on such a high level creative inspiration that a collection B-sides — finished after Siamese Dream — came to be regarded as its followup. It was the original rock version a low-key mixtape release that's actually incredible in its informal looseness.

Without the pressure polish, the lesser-seen joyous side the Pumpkins really shines through. You can hear the fun the band are having on fuzzy psychedelic stompers "Frail and Bedazzled" and "Plume." The B-sides are also where you get to hear both the band at their most aggressive (snarling punk thrasher, "Pissant") and delicate (a breathtaking cover Fleetwood Mac's "Landslide"). "Blew Away" is arguably James Iha's best song with the band, and certainly the one that feels the most fully integrated into their overall sound, meshing his folkier, country-influenced writing with thick, searing guitar pyrotechnics. Eastern ballad "Obscured" and hypnotic psych-rock epic "Starla" also rank as some the band's most infectious and enduring work. 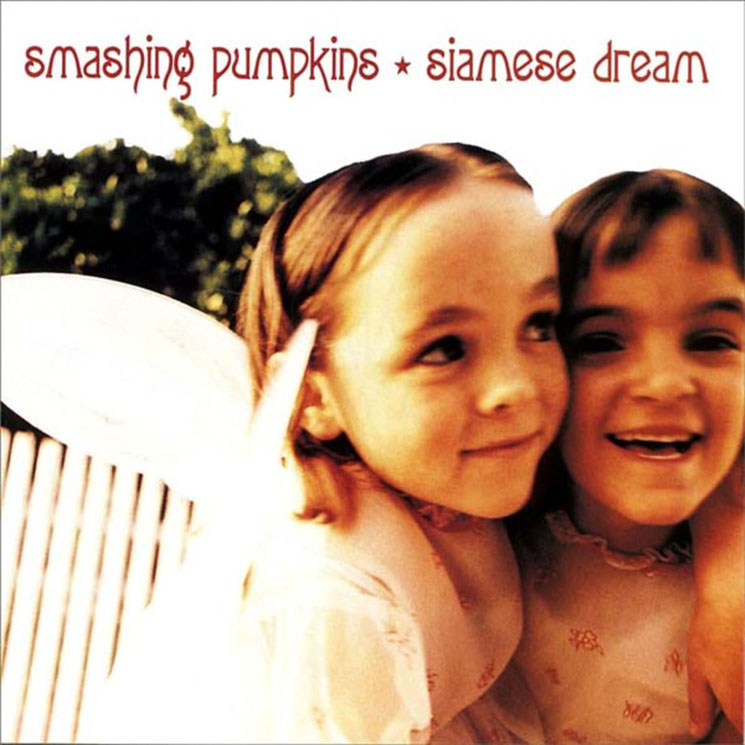 Siamese Dream is an inarguably seminal rock album. This is the album that made the modifier "alternative" necessary, rather than just lumping the Smashing Pumpkins in with grunge. Because, yes, it's grungy — "Quiet" and "Cherub Rock" are positively filthy rock songs — but the band couldn't resist tampering with the formula on tracks like vulnerable mega hit ballad "Disarm," the swooning "Luna" and the heartbreaking "Spaceboy," where Corgan and company make great restrained use the Eastern psychedelics that have always coloured their sound.

It's almost easy to forget how effectively Corgan can write a simple pop hook, with "Today"'s ubiquity, especially on an album that has moody, texturally sophisticated pieces like "Soma" and "Mayonaise" and gargantuan rock beasts like "Geek U.S.A." and "Silverfuck." Siamese Dream is the sound a unique and potent band utterly hitting their stride, and remains one the defining albums the early '90s, pointing to a future for rock after grunge. 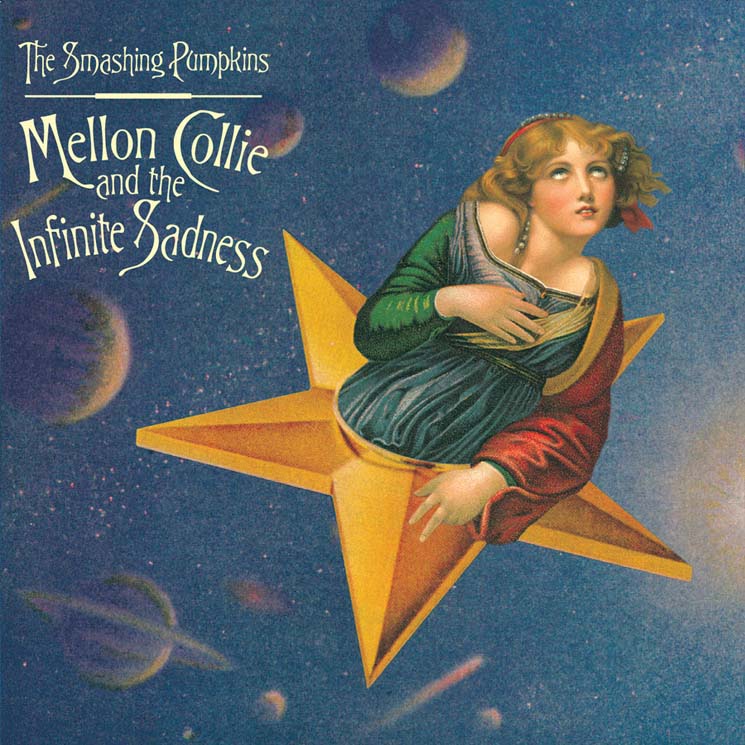 The Smashing Pumpkins designed Mellon Collie and the Infinite Sadness to be their crowning statement on rock music, and it is certainly among the grandest efforts in the pantheon. It's an album unlike any other, perfectly encapsulating a moment where alienation was mainstream and the sound they'd created needed to publicly devour itself and blossom into something new, exploring every potential avenue along the way.

From the opening piano notes the title track, you know you're in for a special experience conceived with the utmost care. The hits are transcendent anthems for an era rich in possibility, but suspicious that it could, and inevitably must, all come crashing down. Corgan's plaintive optimism peeks through briefly with "Tonight, Tonight," but the album mainly speaks to darker, more complex emotions over its 28 songs spread across two discs.

Not every track will resonate with everyone, but it's remarkable that there really is no filler. Each song has a distinct role to play on the album and together they represent one the most diverse arrays styles committed to a single album by a rock band. "Jellybelly," "Here Is No Why" and "Bodies" are monumental, blistering examples peak alt-rock that sit alongside the quiet beauty "To Forgive" and "Stumbleine," the heavenly harps "Cupid de Locke," the epic prog "Porcelina the Vast Oceans," "Galapagos" and "Thru the Eyes Ruby," the gorgeous electro-pop "Beautiful," the whimsical, sophisticated country-folk "Lily (My One and Only)," the ferocious thrash metal "X.Y.U" and the sublime alt-pop "1979." Mellon Collie is a towering achievement in rock music and one the last where the excess the music industry supported a truly bold and innovative work by one the most creatively fearless and original groups in the business. 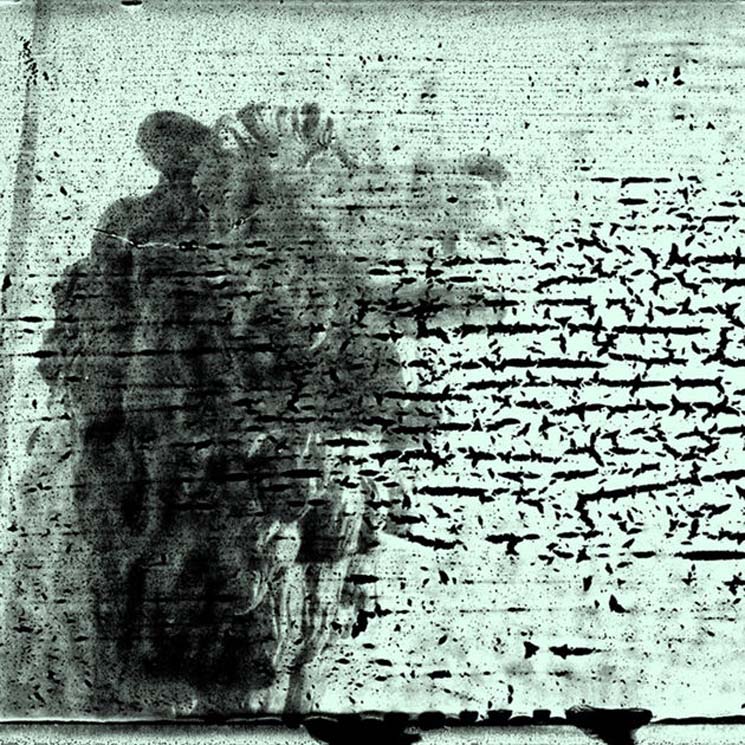 A lot Zeitgeist, the Pumpkins' 2007 comeback album is pretty forgettable — at least compared to their own output — and some tracks from the Teargarden EP series are pretty mediocre ("Owata" and "The Fellowship", in particular) but 2014's Monuments to an Elegy is the only album to outright avoid.

Streamlining the band's sound into a more digestible, less distinct package and hiring graceless drummer Tommy Lee was a stunt that didn't pay f. Moreover, the sharp hooks and melodies that Corgan seems to write so effortlessly most the time show up in very short supply. It's the only time in the Pumpkins' career that it sounds like Corgan was writing an album he thought people wanted to hear, instead whatever the heck he was truly feeling. 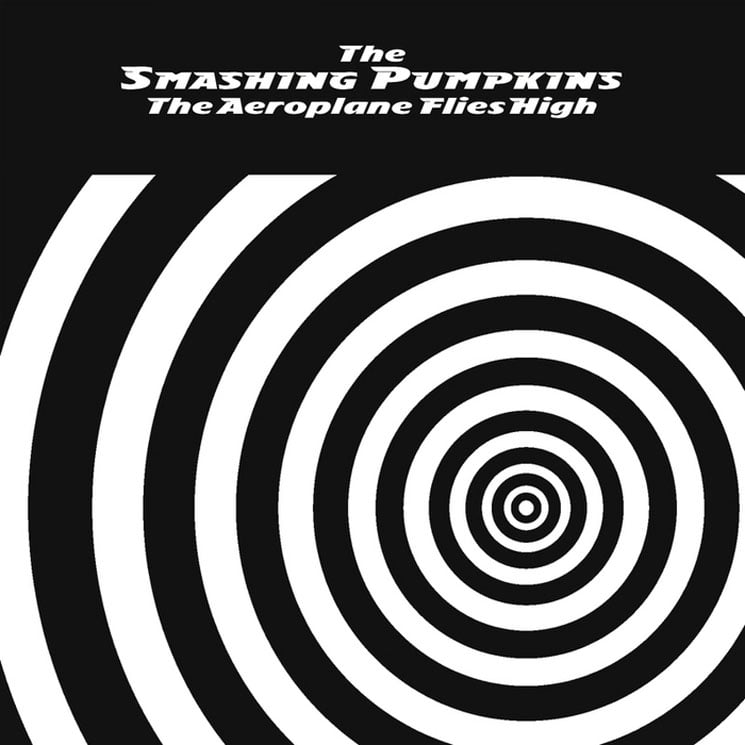 The Smashing Pumpkins were on such a role musically with Mellon Collie that they released an entire box set B-sides, which, taken together, would constitute another absolutely killer, if less consistent and thematically cohesive album. The Aeroplane Flies High (1996) contains some the Pumpkins' best music. "Set the Ray to Jerry" alone is worth the price admission, but there's a plethora great tracks and amusing curiosities to dig through.

Adore (1998) is the first album the Pumpkins recorded without Jimmy Chamberlin, following his temporary ouster for drug abuse. Cloaked in the spectre that dark turn, and the passing Corgan's mother, Adore is a sombre affair that reaches for a place to take the band that isn't rock. It was a bit jarring at the time, but the forward-thinking use electronics, mature songcraft and Corgan's newfound vocal confidence has aged well. "To Sheila" and "Behold! The Night Mare" stand among the most gorgeous and emotionally rich recordings the band have made.

Possibly the most unexpectedly excellent area the Smashing Pumpkins' vast catalogue is the period surrounding 2008's American Gothic EP and the If All Goes Wrong tour documentary. The EP is an excellent return to form after 2007's uneven Zeitgeist ("Bring The Light" is that album's secret weapon) and in true Pumpkins form, If All Goes Wrong is not just a document the band touring existing material, but an essential album in its own right, featuring a bunch unique songs ("99 Floors," the insane 30-minute-plus, semi-improvised "Gossamer"), radical reworkings ("The Crying Tree Mercury") and rarities ("Untitled"). This is also the era that gave us "Superchrist" and "G.L.O.W.," two the best non-album cuts the band have released. Speaking , their soundtrack contributions have all been pretty stellar with "Eye" for Lost Highway, "The End is the Beginning is the End" and "The Beginning is the End is the Beginning" for Batman and Robin and "Drown" for Singles back in 1992.

The album that started it all remains one the great post-'70s psychedelic rock records. Gish (1991) contains much the genetic material that the core Smashing Pumpkins sound is built on — fluid, bombastic drumming with Eastern-influenced psych-rock drones drenched in swirling guitar effects and dynamic odes to the eternal search for spiritual enlightenment and introspection. "I Am One," "Rhinoceros" and "Snail" are tremendous pieces for a band discovering their sonic identity.

The Smashing Pumpkins' ficial swan song in 2000, Machina/The Machines God, has a lot top notch material — "The Everlasting Gaze," "Stand Inside Your Love," "Age Innocence," "This Time" and "Glass and the Ghost Children" are everything we love about the Pumpkins — but parts the album come f a bit stiff and overly clinical.