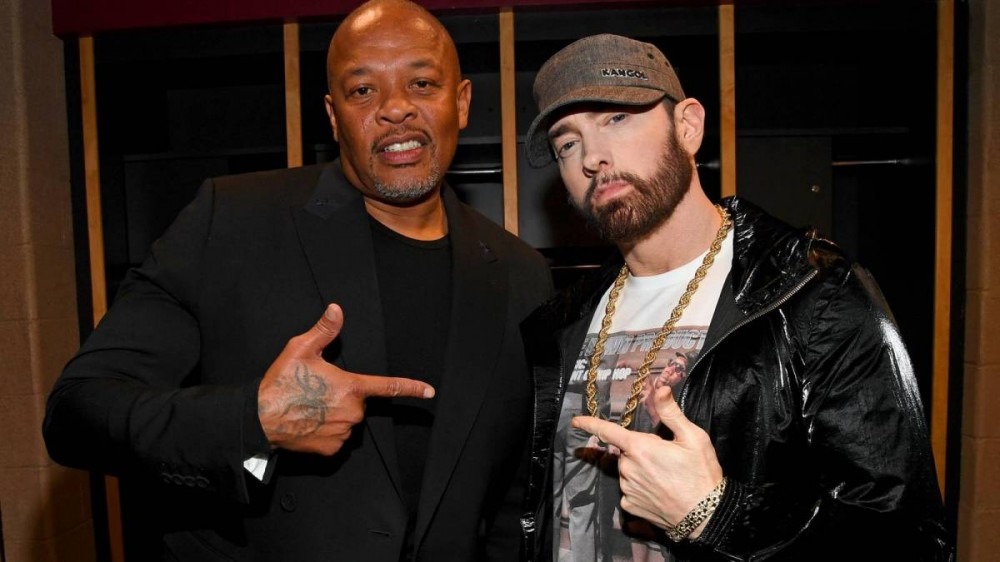 An update for Grand Theft Auto Online called “The Contract” is expected to arrive on Wednesday (December 15), which comes with new weapons, missions, cars and another storyline. The freshly single Dr. Dre was added to the game in December 2020 through the Cayo Perico Heist update, and the latest update is primarily centered around him, according to Hip Hop n More.

Rockstar Games, the company behind the GTA series, also promised “a ton of new and unreleased exclusive tracks” from the West Coast Hip Hop mogul. On Sunday (December 12), Dr. Dre shared an Instagram clip of the game featuring animated versions of himself and Anderson .Paak. The two music industry titans are posted up in the studio spitting a song that appears in the game. Busta Rhymes and Snoop Dogg are also scheduled to be in the game.

But it looks like another taste of the game has arrived in the form of an Eminem collaboration. The clip started making the rounds over the weekend and finds Slim Shady rapping, “Like a Satanic cult, it’s an old ritual slaughtering goats bitch/You’re fuckin’ with the original flow’s sick and anybody can get it, Covid.” And that’s where it ends.

Of course, Dr. Dre and Eminem’s relationship stretches back to the 1990s. The Aftermath Entertainment CEO was the catalyst behind Em’s illustrious career. As the story goes, an Interscope intern picked up Eminem’s Slim Shady EP cassette after a series of rap battles and passed it to Dr. Dre and Interscope CEO Jimmy Iovine. They evidently loved what they heard and the rest is history. Eminem is now one of the biggest artists in the world, selling millions of records and charting at No. 1 on the Billboard charts numerous times.

Over the years, Dr. Dre and Eminem have joined forces for several songs, including “Forgot About Dre” from 1999’s 2001, “What’s The Difference?” from the same album and “Guilty Conscience” from 1999’s The Slim Shady LP.

Dr. Dre fans have been anticipating his long awaited solo album, which would serve as the official follow-up to 2015’s Compton. Until that materializes, check out the snippet below.