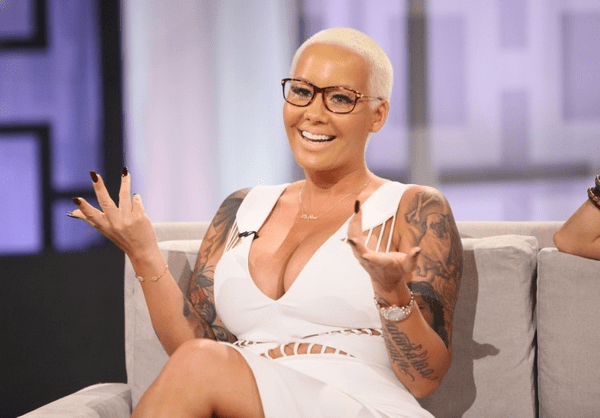 Many believe that Amber Rose was Kanye’s greatest “muse” as he created, arguably. his best album My Beautiful Dark Twisted Fantasy while dating her. In previous interviews, she has said that the critically acclaimed album is about her, and in a new episode of the Higher Learning podcast with Van Lathan, Rose revealed that she was the one who got Nicki Minaj to feature on “Monster.”

Rose told Lathan that she met Nicki Minaj and told her to come to the studio where Kanye was working on his album. Rose said that Ye was originally against putting Nicki on the album.

Amber added, “she was still coming up, and I saw her in the studio and I said, ‘Oh my god, this b*tch is f*cking talented as hell.’ And then I went back to Kanye and I was like, ‘You need to get this girl Nicki on ‘Monster.’ And he was like, ‘Who? What? No. I’m not…” And I said, ‘Just let her pull up, what’s it going to hurt?’ […] She heard the song and then she came back the next day with the verse.”

According to Rose, even after Nicki had recorded her verse, Kanye did not want to add it to the album because her verse was better than his.

“He told me that the same day. He’s like, ‘How the f*ck did you bring in a b*tch that killed me on my own song?’” Rose said.