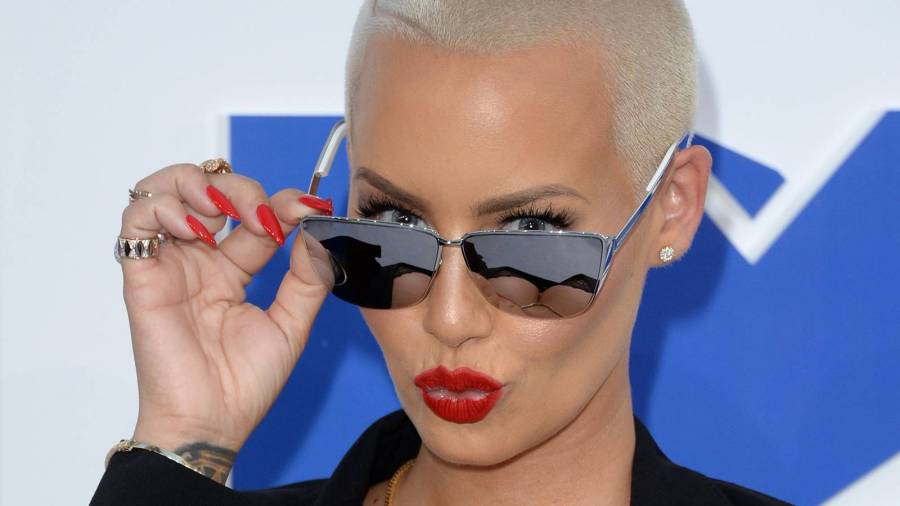 Amber Rose joined the likes of Tyga, Cardi B and Swae Lee on OnlyFans at the end of September Now, she’s promoting her account in the most Amber Rose way possible. On Tuesday (December 22), the famously bald Slut Walk founder uploaded a nude photo of herself in the bathtub with a carefully placed emoji over her rear.

She wrote in the caption, “See this pic emoji free on my onlyfans right now link in my bio.”

The OnlyFans subscription service has exponentially grown in popularity since first launching in 2016. It saw a huge surge in notoriety after Beyoncé name-dropped the platform on the Megan Thee Stallion “Savage (Remix)” in April.

While OnlyFans isn’t strictly about adult only content, it’s heavily affiliated with the sex industry. In October, Tyga announced he joined OnlyFans and it turned out it was indeed XXX-rated. The “Rack City” rapper found his name buzzing after launching the account, which included graphic photos of his penis.

Twitter blew up with reactions to the XXX-rated images and it wasn’t long before the photos themselves surfaced online. Some people claimed they were previously leaked nudes, but Tyga seized the opportunity to make a profit and reeled in as many subscribers as possible.

Rose, who has been romantically linked to Kanye West, Wiz Khalifa and 21 Savage, apparently intends on continuing to share provocative images of herself judging by the OnlyFans promotion. Of course, it won’t be the first time she’s posted salacious images.

In 2017, Rose blew up the internet after she revealed her entire lower half, including her vagina. It instantly sparked a heated social media debate about whether she was doing it in the name of diehard feminism or simply to gain attention.