Allen Iverson is one of the most iconic players to ever step onto a basketball court. While he may not have had as good of a career as some of the greatest players ever, he is easily one of the most influential stars out there. Iverson’s career was partially highlighted by his deal with Reebok which saw a ton of classic silhouettes hit the court. During the 2001-2002 season, Iverson wore the Reebok Answer V and much to the delight of all of his fans, the shoe is making its return next week.

Yes, that’s right, the Answer V will be released on Monday, July 1st, according to Sneaker News. The first colorway to be released will be a simple white and red model that will surely have some basketball fans feeling nostalgic. The upper is all-white leather, while a red strap makes its way across the laces and onto the midsole. Iverson’s “I3” insignia and even the straps on the back heel are red as well which give the shoe a nice colorful look.

If you’re an Iverson fan looking to relive your childhood, these are definitely a must-cop. 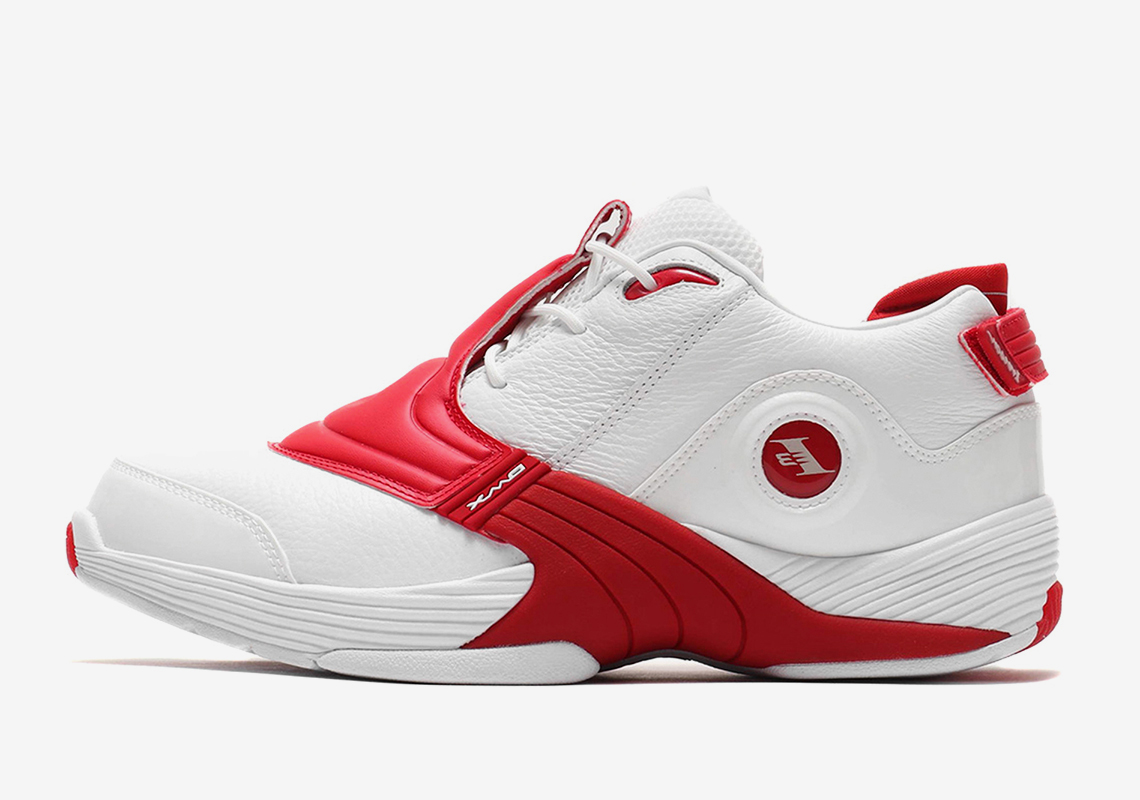