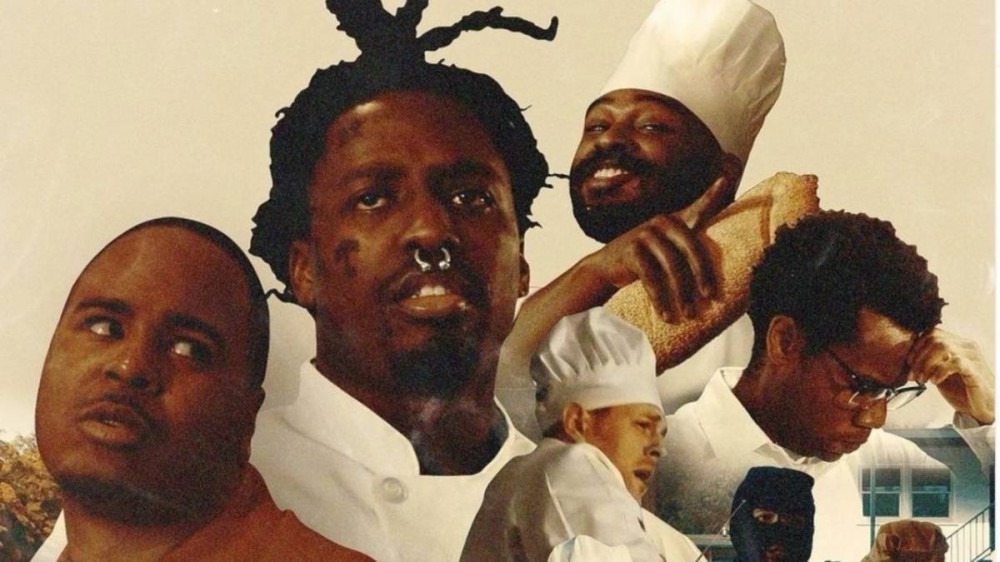 Oakland rapper ALLBLACK is initiating the campaign for his debut album TY4FWM (Thank You 4 Fuckin’ With Me) with the help of Drakeo The Ruler in the video for his Kenny Beats-produced track “Ego.”

ALLBLACK and Kenny Beats play the roles of lazy pastry chefs in an unassuming bakery in the comical video for “Ego.”

In addition to foiling a stick-up-kid’s plan to rob the baked goods store, ALLBLACK links with The Truth Hurts rapper Drakeo The Ruler for his punchline-packed press conference cameo scene.

“Ego” follows ALLBLACK’s jive “Anejo” music video last month and serves as his second link-up with Kenny Beats, who laced his 2 Minute Drills EP with thunderous production back in 2018.

ALLBLACK has also recruited the lyrical talents of Vince Staples, Mozzy, G-Eazy, E-40 and Sada Baby for his TY4FWM, which arrives on Friday (May 7).

Watch the full video for “Ego” below.