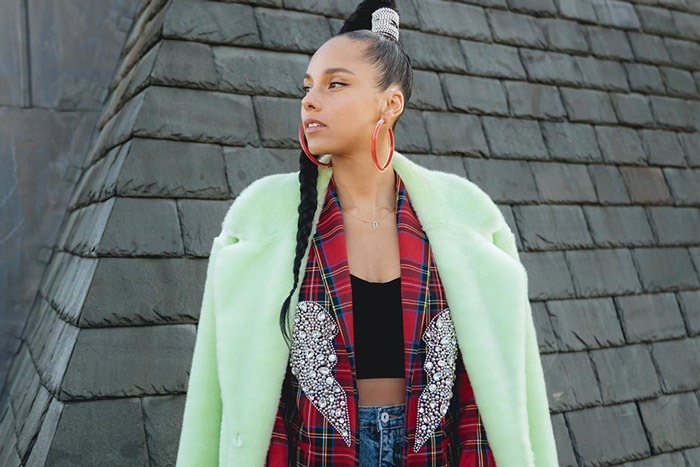 Fas will have to wait a little longer for Alicia Keys’ new album.

The singer’s seventh studio album ALICIA has been delayed two months. The project was originally set for release on March 20. Fans noticed that streaming services including Apple Music and Amazon are now listing a May 15 date for the 15-track set.

ALICIA, which follows 2016’s Here, has already spawned a trio of singles including the Miguel-assisted “Show Me Love,” “Time Machine,” and the latest single “Underdog,” which was co-written with Ed Sheeran.

HER ALBUM WAS POSTPONED ?? @aliciakeys #ALICIA Now it’s under May 15 pic.twitter.com/tDF2wcyae1

“The ALICIA album is sooooo crazzzyyyyy!!!! I’m so excited for you to hear it,” Keys told her fans. “I love all the sides of it. I love all the sides of me/us it reflects, I love how much closer I am to myself. How much more willing I am to get familiar with myself. I never realized how much I relied on only one side. How much I had hidden away the parts that expressed anger, rage, sensuality, or vulnerability.”

Following the album’s release, the 15-time Grammy winner will hit the road on “ALICIA – The World Tour,” her first tour in seven years. The European leg kicks off June 5 in Dublin, while the North American leg starts July 28 in Jacksonville, Fla.

But first, Keys will release her new memoir More Myself: A Journey on March 31. “I’ve been loving getting to know all the sides of me over the years. And now here I am fully ALICIA,” she said. “The journey we will take together through the music and then in another way through my book More Myself. I see them as companion pieces. A way to go even deeper into the conversation of identity together.”

She will launch a four-date tour in support of the book, with stops in Brooklyn (March 31), Atlanta (April 5), Chicago (April 6), and Los Angeles (April 7). Tickets are on sale now.