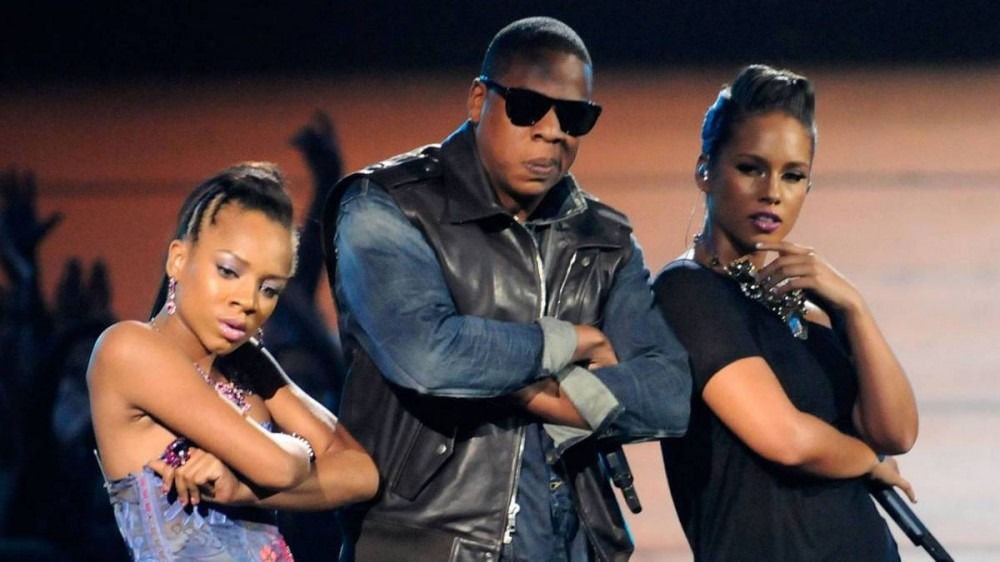 New York, N.Y. – There was a time in the Big Apple when you couldn’t walk around without hearing JAY-Z and Alicia Keys’ “Empire State of Mind.” As a native New Yorker, a 19-year-old Lil Mama felt the ubiquitous anthem’s infectious energy and crashed Alicia Keys and Hov’s 2009 MTV VMAs performance at Radio City Music Hall.

While serving as guest host for Morning Hustle on Wednesday (October 20), Keys revealed she’s definitely forgiven Lil Mama for joining their performance and admitted she didn’t even realize the “Lip Gloss” rapper was on stage until after the show.

“Listen, to this day, I truly never knew she was even on the stage — that’s the craziest part of the whole thing for me,” she said. “I was on that stage, [JAY-Z] was in the middle, she was on the other side of Jay, and I never saw her.”

Keys understood where Lil Mama was coming from as a fellow New Yorker and joked that her music tends to have that effect on listeners.

“That was wild to me,” Keys admitted. “She’s from New York, too. I think she really felt the energy of the record and she loved it and she couldn’t hold herself back. Look, this is what my music does to people. What can we say?”

In an interview with MTV News days after the incident in 2009, Lil Mama apologized for her actions and said she didn’t mean for her interrupting of the performance to be taken disrespectfully.

“I got emotional,” she explained. “I felt like, ‘Yeah, New York, Jay!’ I started to feel him and feel myself. I started to feel the energy and I got up and started walking toward the stage. I got up and was rooting him on as a champion for bigging up my brother. If any way JAY-Z or Alicia Keys felt offended, I want to apologize to both of you. I actually would like to have a one-on-one.”

JAY-Z, on the other hand, wasn’t too enthused with Lil Mama crashing their performance and let his feelings be known in an interview with Hot 97’s Angie Martinez at the time, comparing the moment to Kanye West crashing Taylor Swift’s acceptance speech the same night.

“To interrupt that moment for us, I don’t think that was the right thing to do,” he explained. “It was a lot of planning that went into that performance. To disrupt that was out of line.”