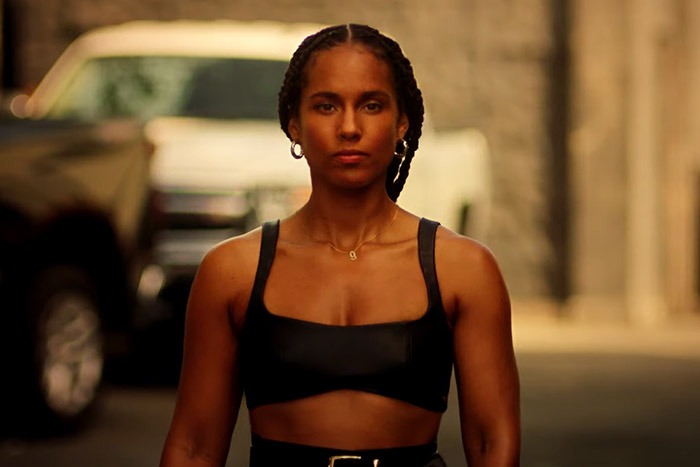 Alicia Keys takes a stand against racial injustice in the video for “Love Looks Better,” the latest single off her new album ALICIA.

Directed by Gina Prince-Bythewood, the powerful clip finds Alicia filming a video when she see a young Black girl driving by with her fist in the air. She follows her by car and chases her barefoot through the streets of New York City. After grabbing a pair of Timberlands from a power line, she eventually meets up with the young girl on a stoop, sharing smiles and dance moves. The clip also features images of Black men and women showing their support for the Black Lives Matter movement.

To celebrate the release of ALICIA, the R&B singer is taking over “The Late Late Show with James Corden” for a week-long residency. On Monday, she performed “Love Looks Better” and last night, she teamed up with Khalid for the first performance of their duet “So Done.”

Earlier today, following the Breonna Taylor verdict, Alicia shared her anger and discouragement after one out of three officers were indicted on criminal charges, but not Taylor’s death. “This is is a PRIME example of Rotten to the CORE!!! UnJust!!!! Disrespectful and BLATANT DISREGARD!!!! Infuriated!!!!!!!” she tweeted.

This is is a PRIME example of Rotten to the CORE!!! UnJust!!!! Disrespectful and BLATANT DISREGARD!!!! Infuriated!!!!!!! https://t.co/TWVeV8Q3rp