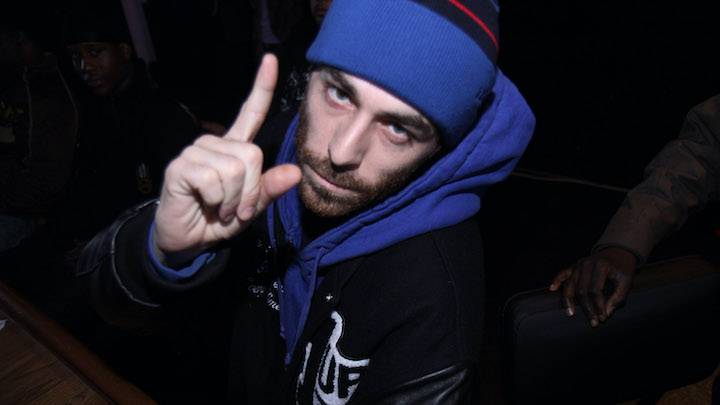 Los Angeles, CA – Alchemist is taking his A Doctor, Painter & An Alchemist Walk Into A Bar album in a new direction promotion wise.

The producer, whose 2020 has already included Alfredo with Freddie Gibbs and The Price Of Tea In China with Boldy James, partnered with DRx Romanelli and Spencer Lewis for an album installation. The installation can be found at Over The Influence in Los Angeles.

“OTI is excited to host the album installation “A doctor, a painter and an alchemist walk into a bar” a collaboration between DRx Romanelli, Spencer Lewis, and Alchemist,” the OTI Instagram page shared on Friday (October 2). “DRx Romanelli will be taking over our Live stories on 30 September and 01 October in the lead up to the private event on 02 October 2020.”

Over the Influence is pleased to host 'A doctor, a painter and an alchemist walk into a bar' an album installation and collaboration by DRx Romanelli, Spencer Lewis, and Alchemist.⠀⠀⠀⠀⠀⠀⠀⠀⠀ -⠀⠀⠀⠀⠀⠀⠀⠀⠀ The culmination of one year of collaboration between the three creatives, the album installation at OTI LA will showcase new works by Spencer Lewis alongside the release of the new album by Alchemist and clothing collection by DRx Romanelli. The album, book, and clothing are available for sale at alcrecords.com ⠀⠀⠀⠀⠀⠀⠀⠀⠀ -⠀⠀⠀⠀⠀⠀⠀⠀⠀ The private event will take place tonight 02 October at Over the Influence, Los Angeles. Email [email protected] for details.⠀⠀⠀⠀⠀⠀⠀⠀⠀ -⠀⠀⠀⠀⠀⠀⠀⠀⠀ @spencerrusselllewis @drxromanelli @alanthechemist #thealchemist #alchemist #drxromanelli #drx #spencerlewis #spencerrusselllewis #otila #overtheinfluence⠀⠀⠀⠀⠀⠀⠀⠀⠀ -⠀⠀⠀⠀⠀⠀⠀⠀⠀ Photo credit @flyingstudio_la

Alc’s 2020 has put him in rare air for producers but he’s already made clear he won’t be participating in a Verzuz style battle, especially against Madlib.

After he relented to the idea during an Instagram Live session, Madlib chimed in on Twitter in March, suggesting he’d be down for a beat battle – with Alchemist by his side.

Stream A Doctor, A Painter & An Alchemist Walk Into A Bar featuring Westside Gunn below.