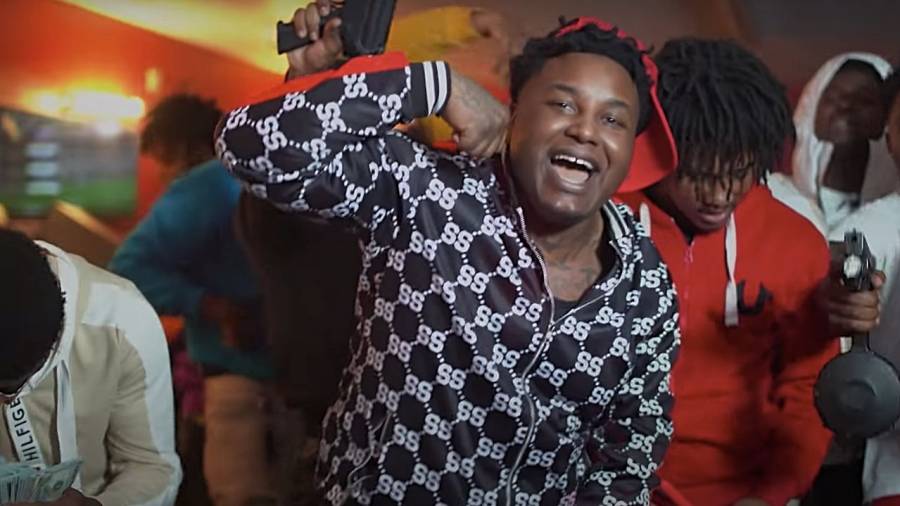 Alabama rapper HoneyKomb Brazy found himself in the middle of a shootout over the weekend — and it was all captured on video. In a clip posted to SayCheeseTV, a white Ford and dark blue sedan are parked side-by-side when shots ring out.

HoneyKomb pulls out a firearm and starts shooting back as his friends pull out their weapons too. The driver of the white Ford eventually hops out too with another semi-automatic weapon and begins shooting in the direction of perpetrators. The shooting continues for a few seconds before the video stops.

On Sunday (November 23), HoneyKomb shared a photo of himself in the hospital on a ventilator, but it’s unclear if it’s related to the recent shootout. In the caption, he suggests someone put a hit out on him.

“Biggest rat in da city got some bricks on my head, n these niggas tryna step wat type of shit is dat,” he wrote in the caption. “yo they shot me 8 times hit me all in the head, I shook up outta coma i posts be dead, u just wouldn’t never stop fighting dats wat the doctor had said…. #gucci flow coming soon “da truthe.”

According to the YouTube caption for HoneyKomb’s most recent video — which was released on November 15 — the burgeoning rapper was just released from jail.

The shootout follows a disturbing string of gun violence in the rap community. King Von and Mo3 were both murdered earlier this month and Benny The Butcher and Boosie Badazz were both shot in the leg in separate incidents not long after. Most recently, YoungBoy Never Broke Again’s brother Big B was also shot in the leg over the weekend.