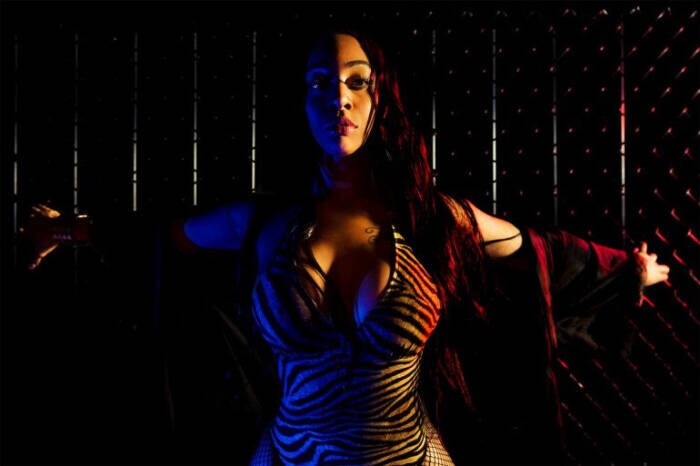 The Moonman directed visual displays Amirror driving into her palatial estate, but not before getting into an altercation with another woman over road rage. Amirror walks through her palace with several different outfits flaunting her assets and her amenities until the woman who she asked to move in the opening scene returns looking for revenge. The angry woman shows up to Amirror’s doorstep with a handgun and is met with a bullet from Amirror as she failed to move in time.